The Garganta Funda waterfall is one of the beautiful waterfalls in Madeira. Located in Ponta do Pargo on the west coast, it’s a bit off the normal tourist route but still definitely worth a visit. Especially in the winter season when the waterfall has actually water flowing down. You have to keep in mind that during the dry summer months there is a chance you won’t see any water. Read in this blog post everything you need to know about the Garganta Funda waterfall, how to get there, the best season to visit and what to expect!

How to get to Garganta Funda waterfall

The Garganta Waterfall, also known as Miradouro Garganta Funda is located on the most western part of Madeira in Ponta do Pargo. If you put in ‘Garganta Funda’ in Google Maps you might get send to the wrong location where you won’t see the start of the short walk to the Miradouro.

If you see the signs with ‘Miradouro Garganta Funda’ along the way, follow those. But if you don’t see the signs yet, then drive to ‘Pedregal Ponta do Pargo’ or ‘Herdade do Pedregal’. From the parking right before the paved road ends, it’s only a few hundred meters walk on the dirt path before you get to the viewpoint. 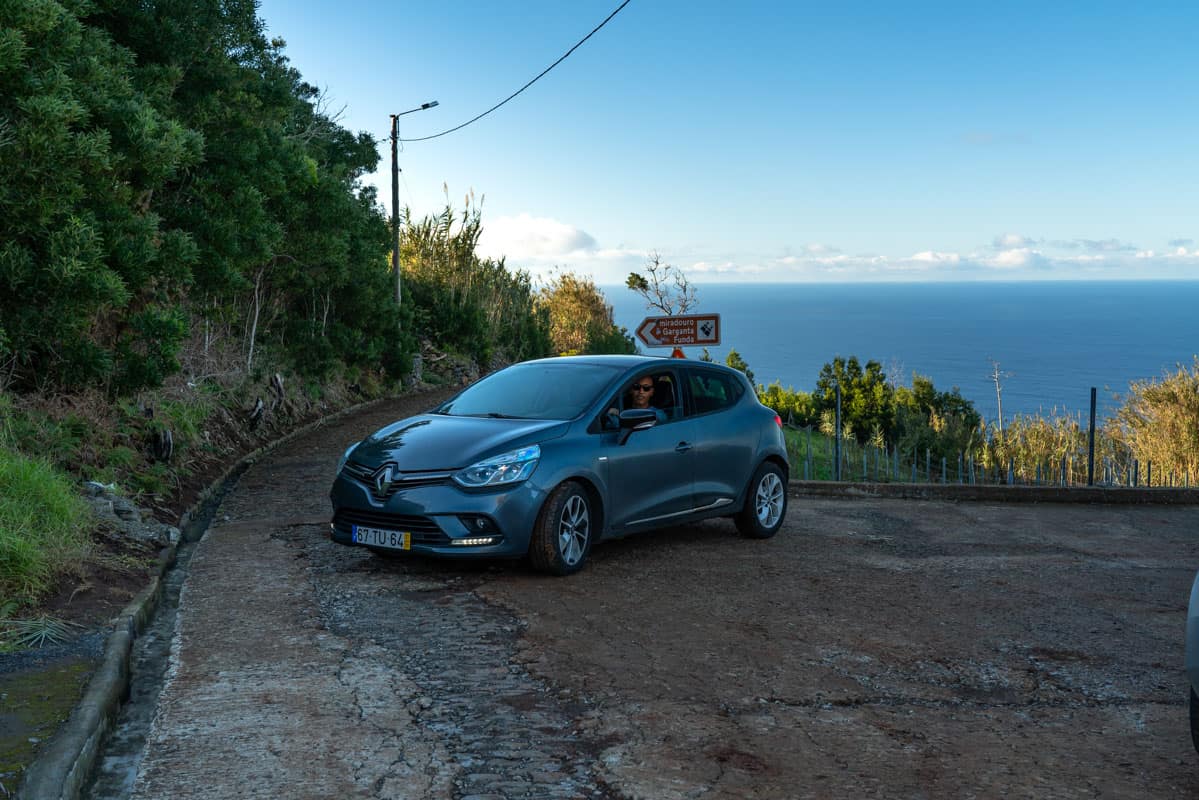 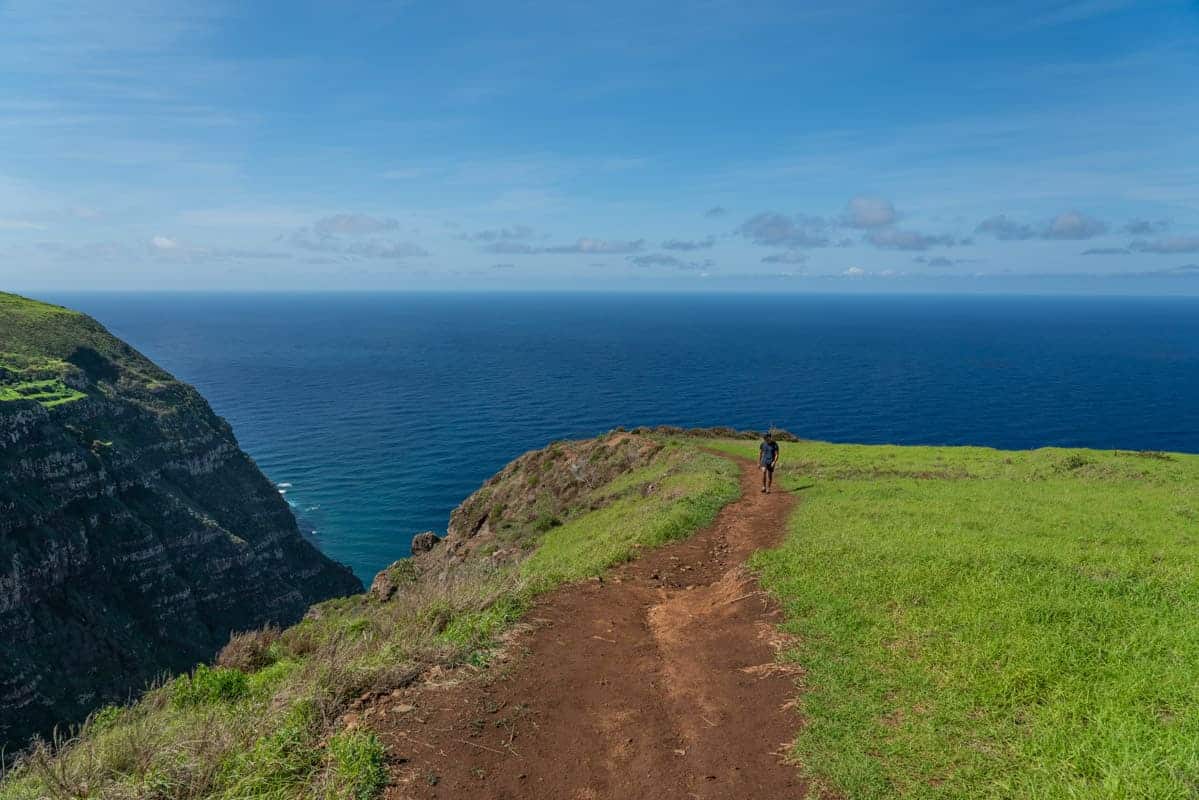 We went to the Garganta Funda waterfall three times during our 6 month stay on Madeira Island. We have seen the waterfall in August, October and December. And we have to say, it was at its best after a week of heavy rain and storm.

So if you want to see the Garganta Funda waterfall in full glory, you have to visit in the winter months. Especially after days of heavy rain the waterfall flows powerful and shows the natural attraction as it’s supposed to be. Unfortunately during the summer months the waterfall can get totally dry, or only a small trickle what can feel a bit underwhelming. However, the location is stunning right along the ocean and it is a great stop if you are already in the Ponta do Pargo area. 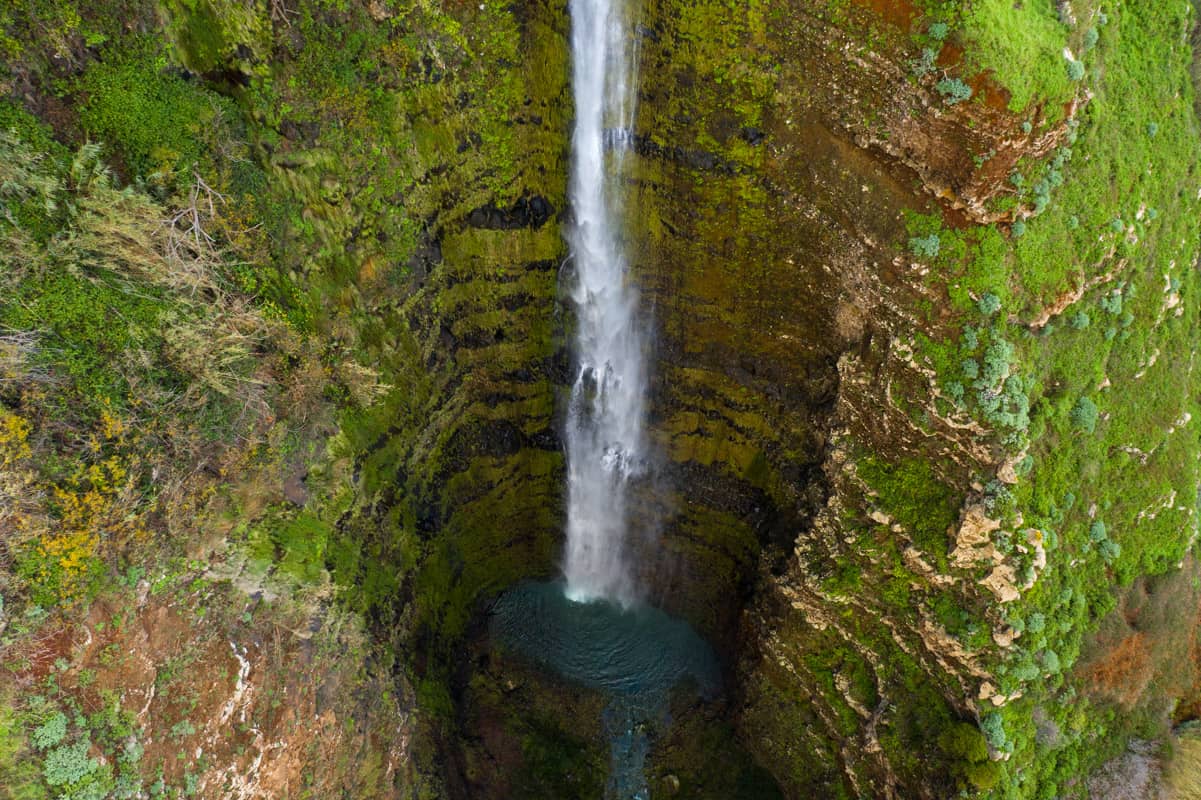 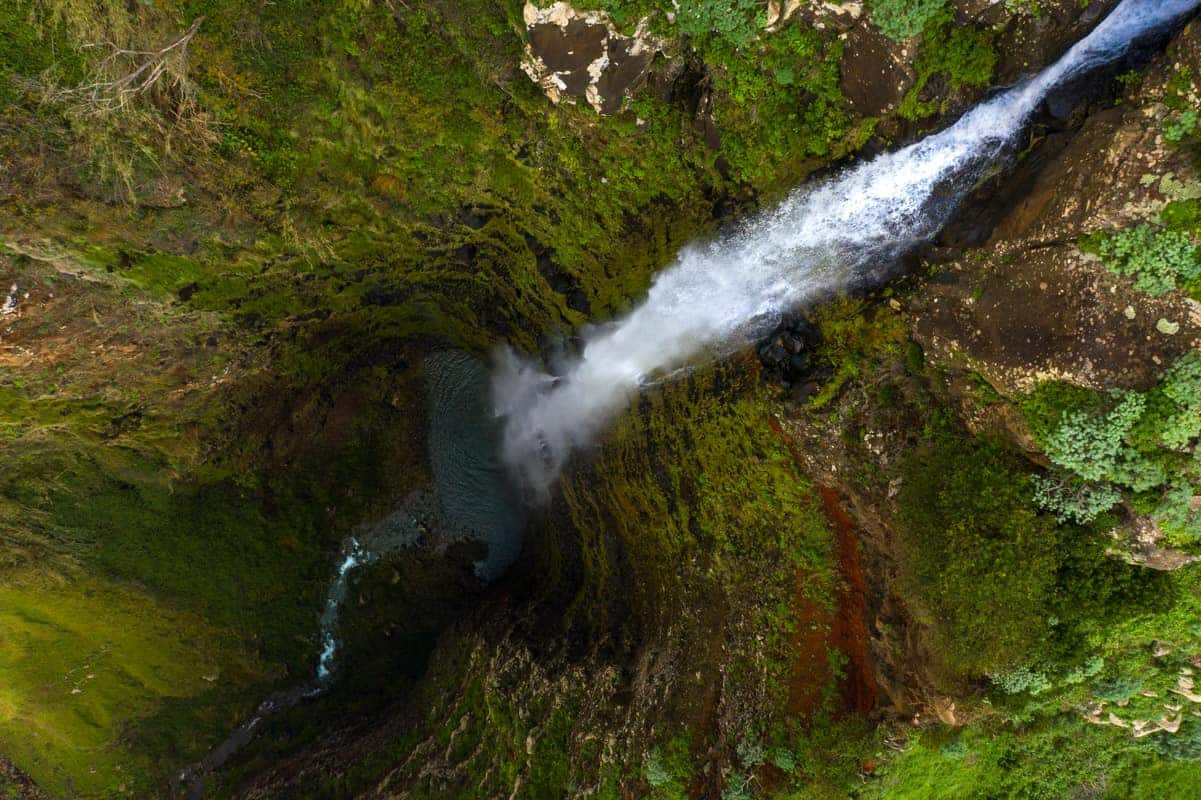 What to expect at Garganta Funda waterfall

You can either include a visit to the Garganta Funda waterfall during a hike along the levada Ponta da Pargo, or for a stop while road tripping along the west coast of Madeira Island. By car you can drive all the way down onto a small parking lot. Here ends the paved road and starts the dirt road. So you can choose to hike your way down, which means you have to go up again, or drive the car until the dirt road. 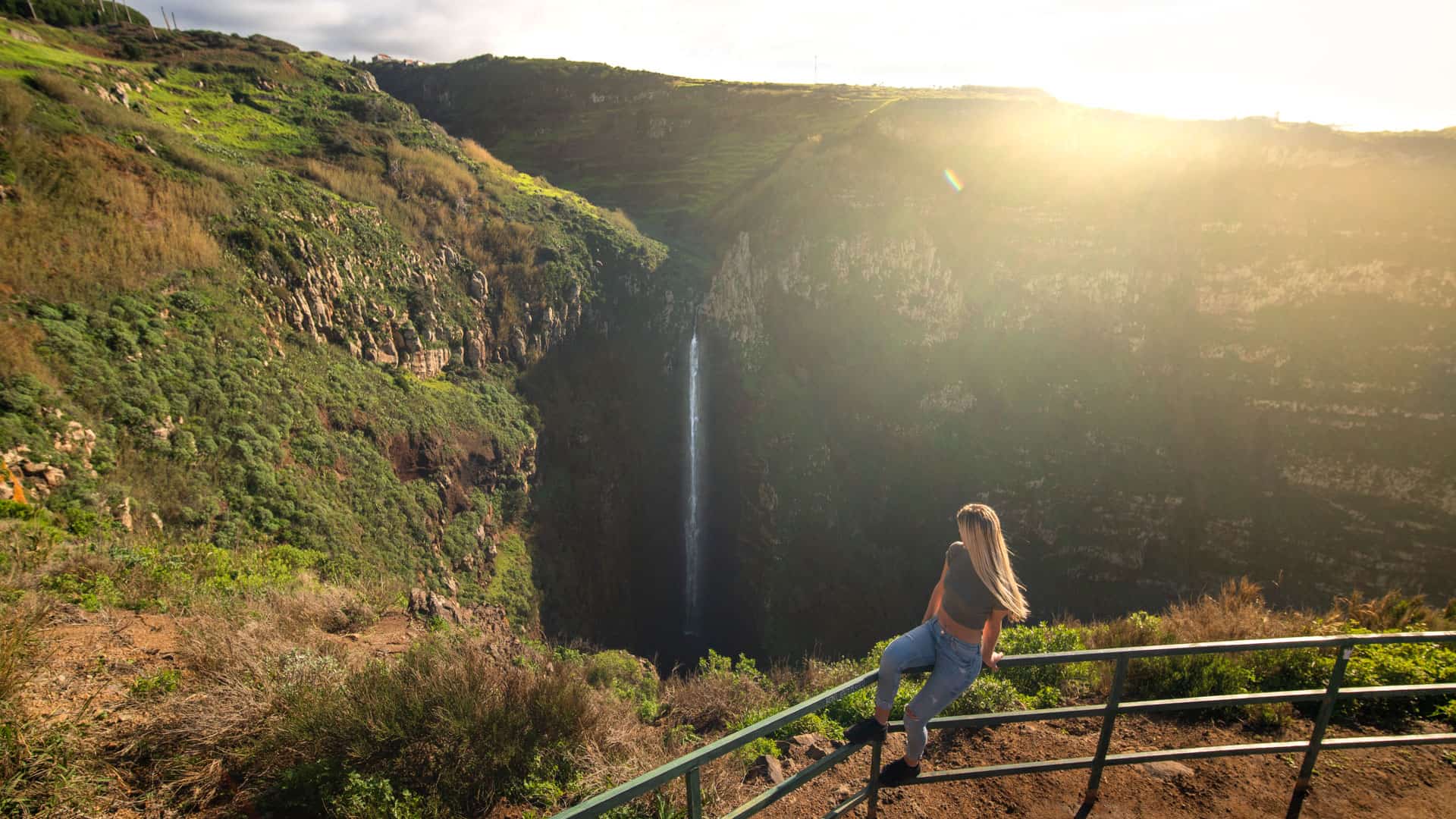 From here the Miradouro Garganta Funda is signposted and you will have a short walk through farm land with stunning coastal views. Make sure to wear proper foot which gives you balance on the uneven and sometimes slippery ground. 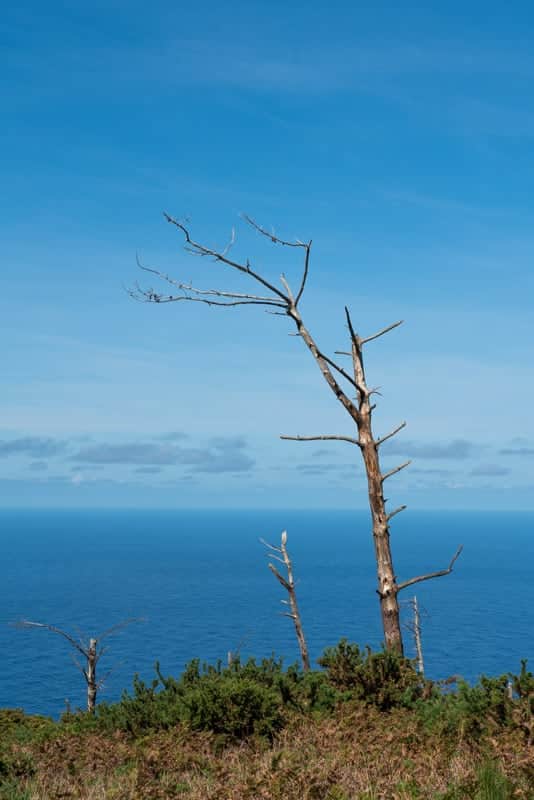 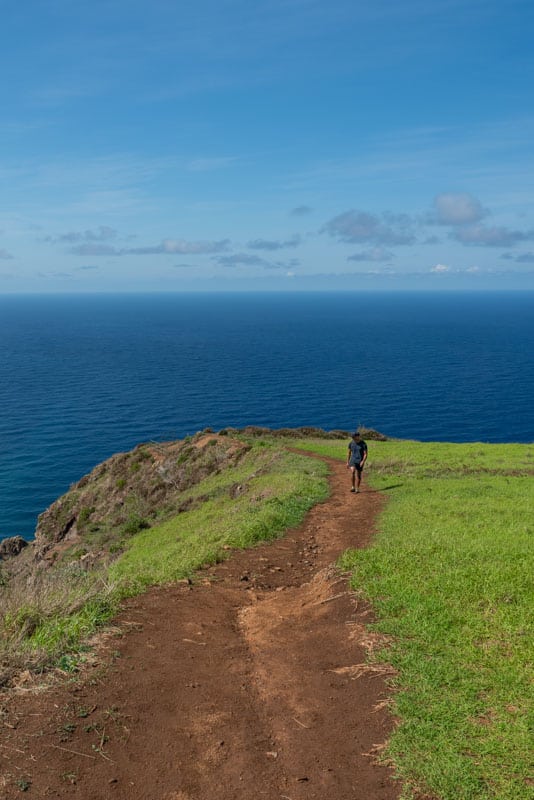 After a short walk you will arrive at the Miradouro Garganta Funda waterfall. The kettle shaped rock around the waterfall is fascinating and reminded us of the Caldeirao Verde waterfall. Both have a waterfall flowing down in a gorge with lots of green vines and moss attached to the rock walls. But Garganta Funda has one more great feature which is the stunning views on the Atlantic Ocean. 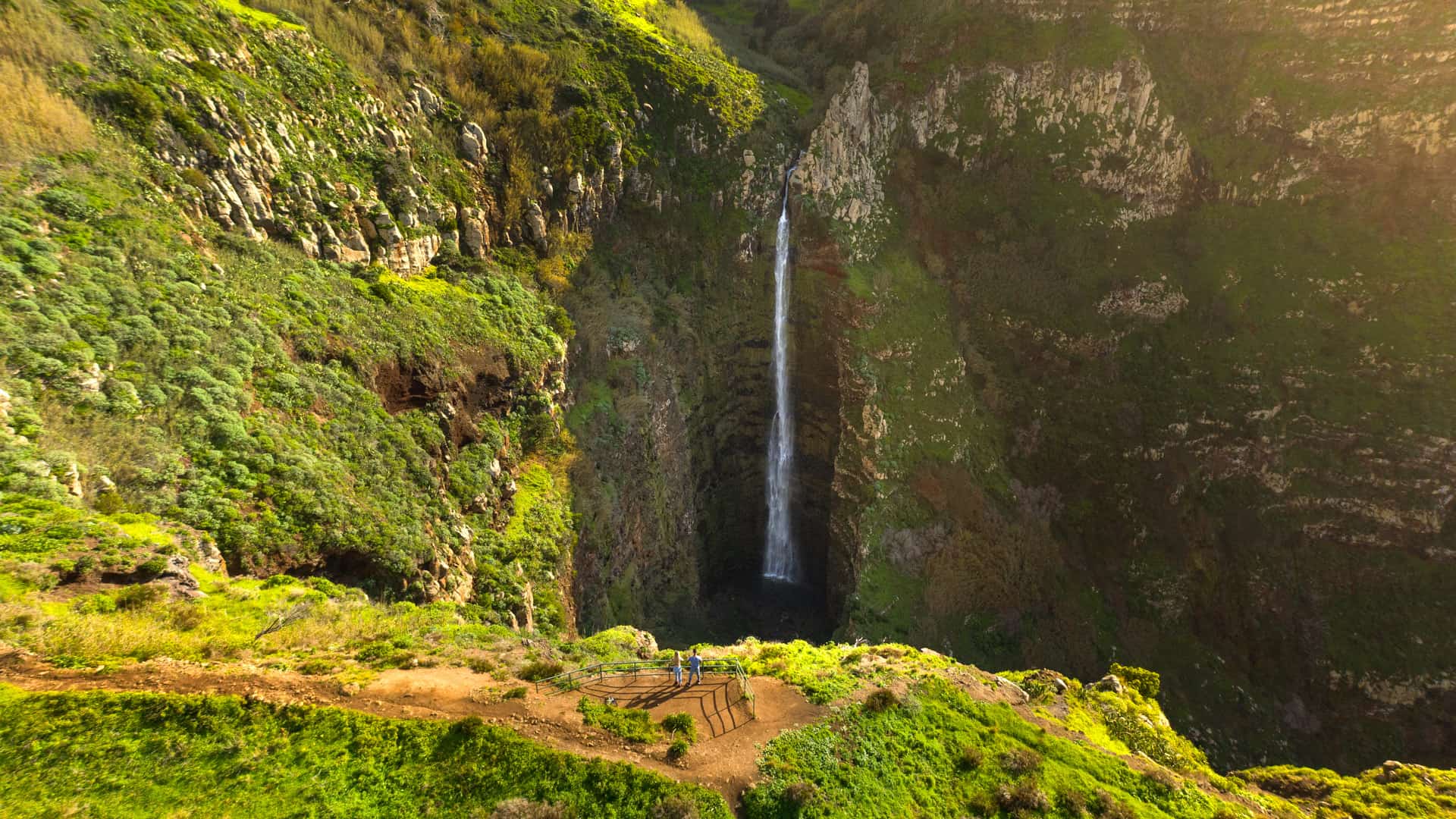 The height of the Garganta Funda waterfall is 140 meters which is quite impressive! Together with the beautiful views on the rugged cliffs and great overall experience here, it became one of our favourite waterfalls in Madeira. But as said before, you have to see the waterfall after some days (or even better weeks…) of rain. 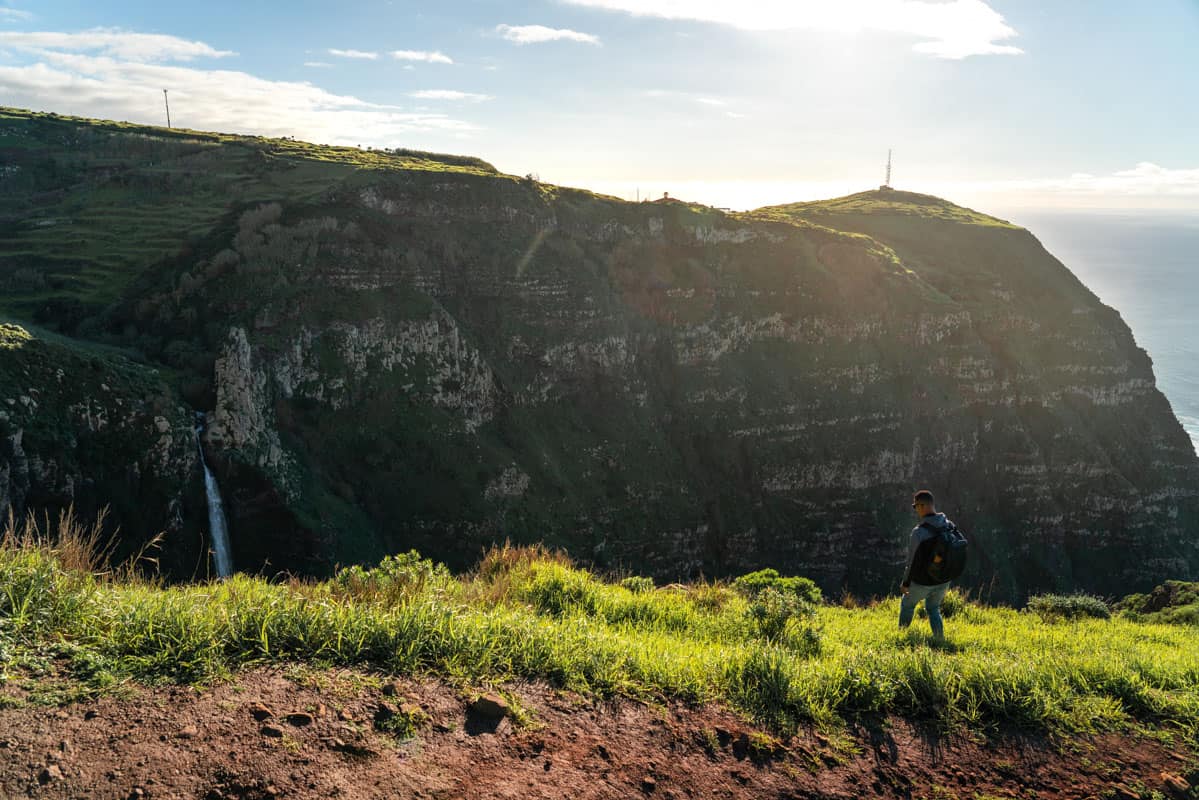 If you walk just a bit further towards the cliff edge you will see another rock sticking out which is a fantastic photo spot. But be careful, don’t go here if you suffer from vertigo! 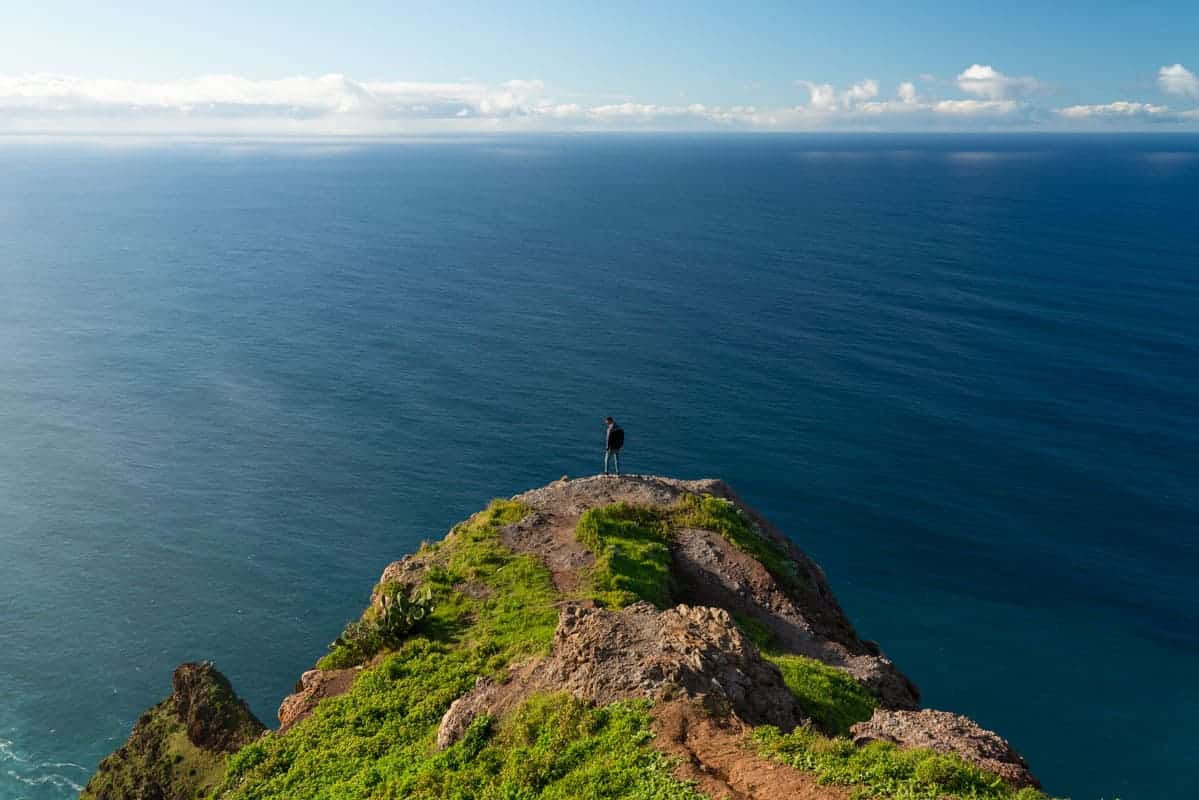 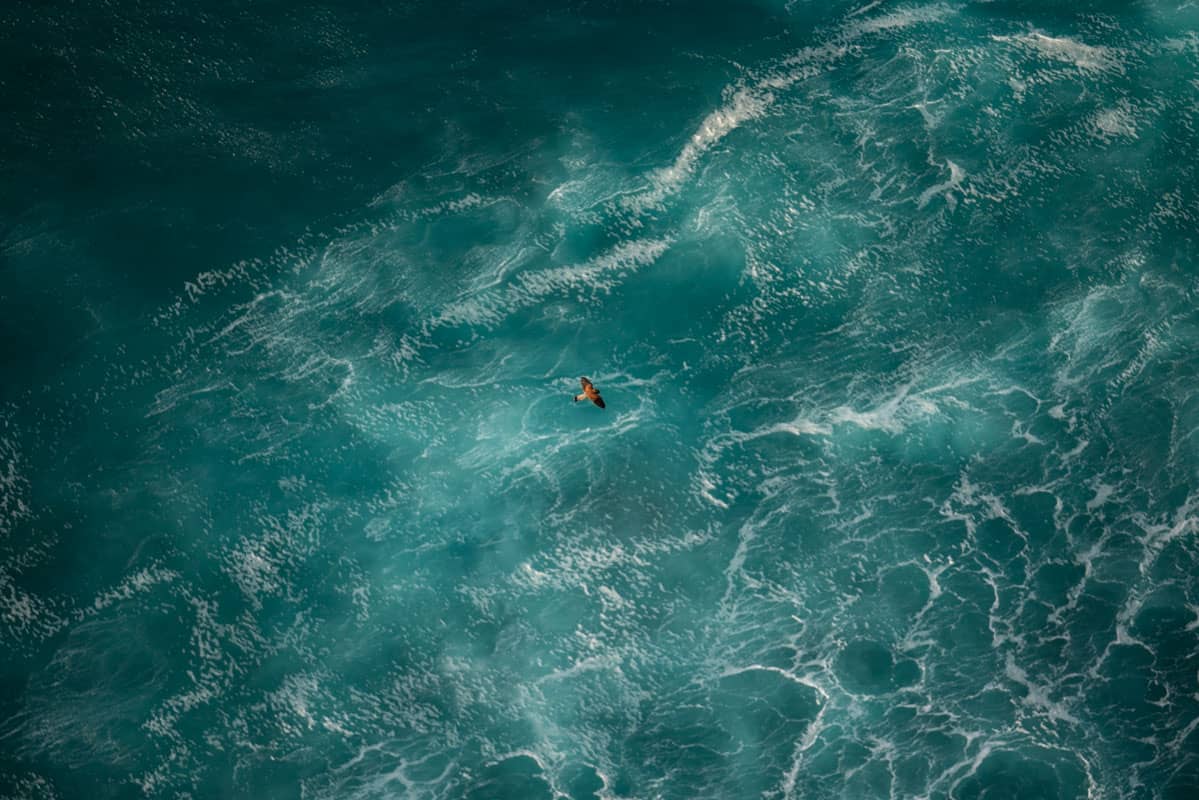 More things to do around Garganta Funda waterfall

When you’ve seen the Miradouro Garganta Funda it’s time to explore some more places along Madeira’s west coast. It depends what you’re in for, because you can either choose for a more active or more relaxing thing to do. Some of the suggestions are listed down below.

Go to the Ponta do Pargo lighthouse

Very close to the viewpoint is the Ponta do Pargo farrol located. This lighthouse offers another stunning 180 degree view on the Atlantic Ocean and is of the best sunset spots on the island!

In this little coastal town on Madeira’s north west coast you can swim in the famous Porto Moniz natural lava pools.

Eat at some of the great restaurants in this area

We have tried quite a lot restaurants in Madeira, and two of our favorites are in this area! Definitely try the dishes at O Forno, they have some of the best meat and actually everything is super tasty! We also ate at Miradouro O Fio which has a restaurant on site with the incredible views, the scabbard fish is recommended!

Do the Levada do Ponta do Pargo

When you’re in for a hike, you should check out Levada Ponta do Pargo. This levada walk leads you through the laurisilva forest of Madeira and along the coast back to your car.

Take the cable car down and explore this little piece of land, also known as Fajã with a stunning pebbled beach and back drop of enormous cliffs. 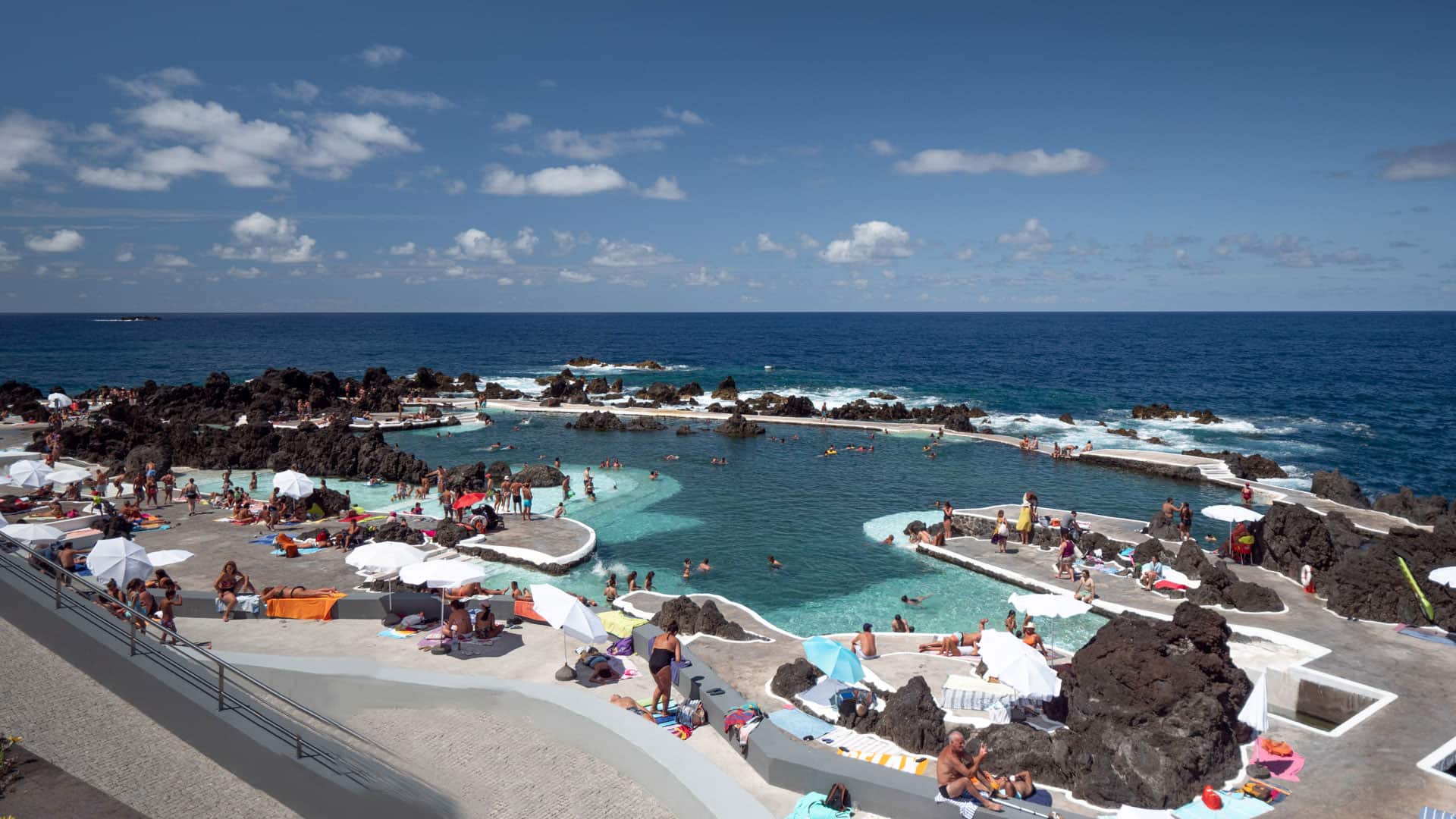 I hope you enjoyed this full guide about the Garganta Funda waterfall in Madeira. For more Madeira travel inspiration and the must visit destinations, head over to our other blog posts about Madeira island.