Poncha is the traditional alcoholic drink from the Portuguese island Madeira made with the typical sugar cane rum called Aguardente, produced on the island. The rest of the ingredients are honey or sugar and either orange juice or lemon juice which are mixed with the so called Caralhinho. If you visit Madeira, and you haven’t had a Poncha, you haven’t been on Madeira! This traditional drink is a must try and many Madeireans we spoke to actually told us it’s the best medicine. You will see many taberna’s, which are Poncha bars, scattered around Madeira Island. In this blog post you will find everything about Poncha, it’s history, the recipe and the best Poncha bars in Madeira!

When sugarcane was introduced in Madeira at beginning of the colonization in 1425, it contributed for the exponential economic, social and cultural development of the island of Portugal, resulting in the ‘White Gold Age’. When the first navigations started to cross the ocean, a very common illness that affected the sailors during their journey was the scurvy, a general illness caused by the lack of vitamin C in the diet. So in order to conserve lemons and oranges during the long oceanic navigations, the sailors mixed the fruits with the rum. This drink was a perfect combination for the fisherman and sailers to keep themselves warm during cold nights, and to get their vitamins intake! Nowadays poncha is the famous traditional alcoholic drink from Madeira. You will find bars serving this drink everywhere on the island. And if you want to see how the sugarcane rum is being made, go to the only rum distillery left on the island that is steam operated in Porto da Cruz. More about this unique rum distillery ‘Engenhos do Norte’ later in this post. 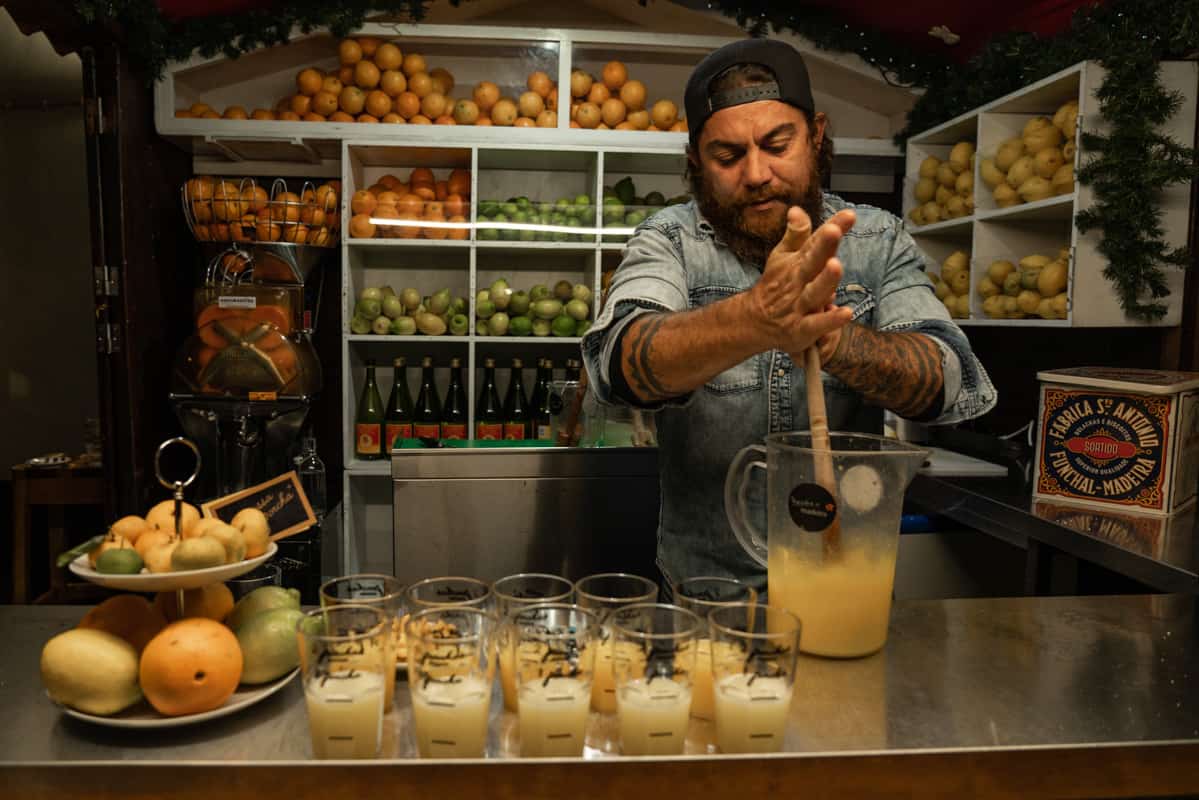 Poncha is a mix of sugar cane rum, fruits such as orange juice or lemon juice and either honey or sugar. There are other varieties possible such as with passion fruit, mint, strawberry and much more! But the traditional Poncha drink is made with lemon juice and is called ‘pescador’, which means fishermen. I personally found this version very sour to drink. So if you want to go a bit sweeter you can try the regional poncha drink. This version is a mix of lemon and orange juice. If you prefer a very sweet Poncha drink, you can better go for the passion fruit, called maracujá in Portuguese. Other variations can be found mostly in Funchal where they also serve Poncha with mint, strawberry, pitanga and more options.

In Madeira the locals say that there is no better medicine against the common cold as a Poncha. So if you have a sore throat or feel a cold coming up, drink a poncha and go to bed early. Not sure if those two go hand in hand, but it is known that a Poncha has healing powers! It is also packed with Vitamin C, and the sugercane rum should kill any upcoming virus or bacteria. 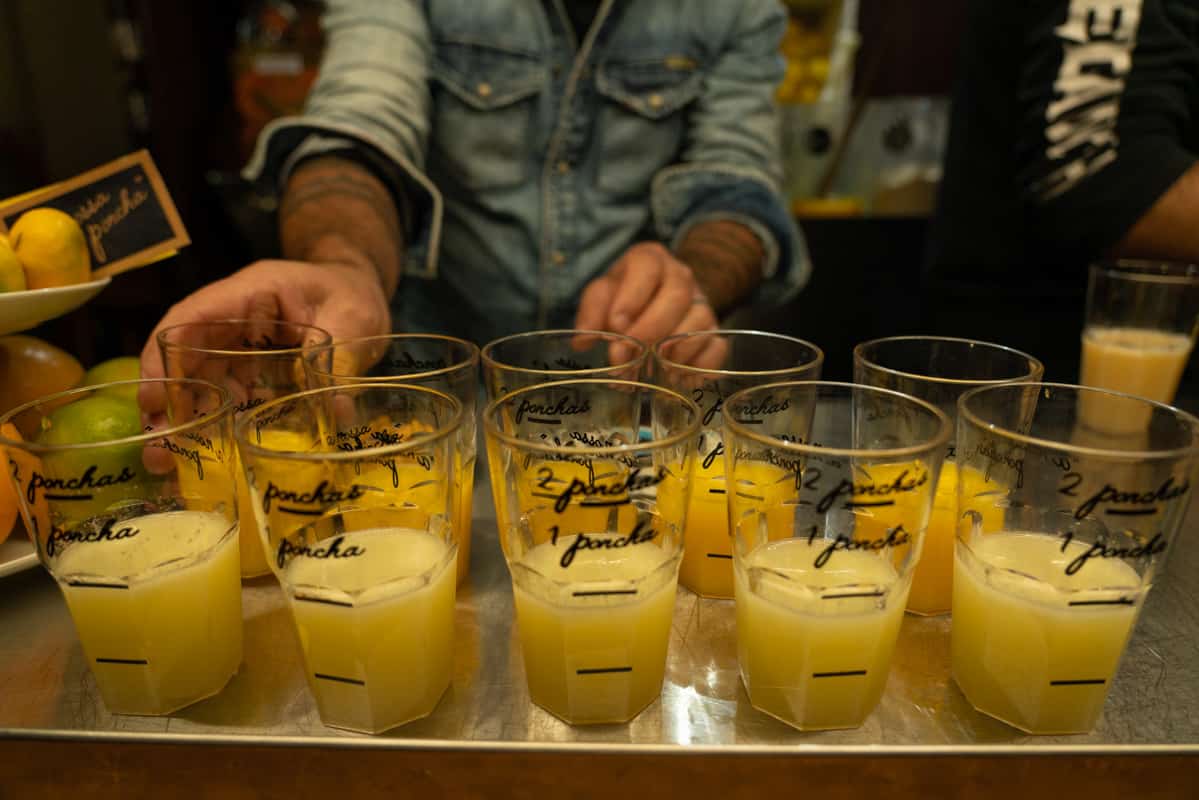 How is Poncha made?

Depending on the type of poncha you want to make, below the recipe for the traditional poncha, made with lemons and orange juice. For the real Madeirean poncha you need the typical rum from Madeira, known as Aguardente de Cana, which is distilled alcohol made from sugar cane juice.

How to make Poncha for 2 people. 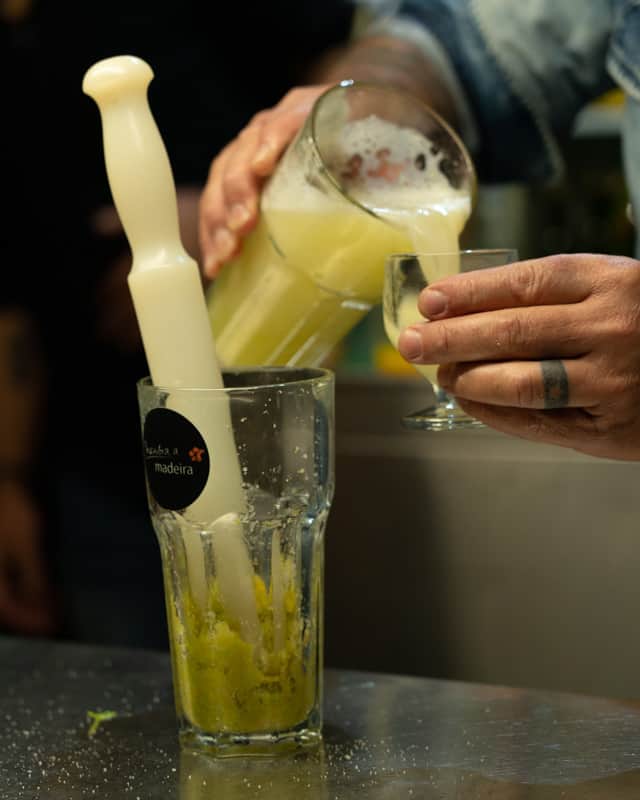 You can also choose to only use honey instead of sugar and honey. And of course you can add as much sugarcane rum or fruit juice as you like! 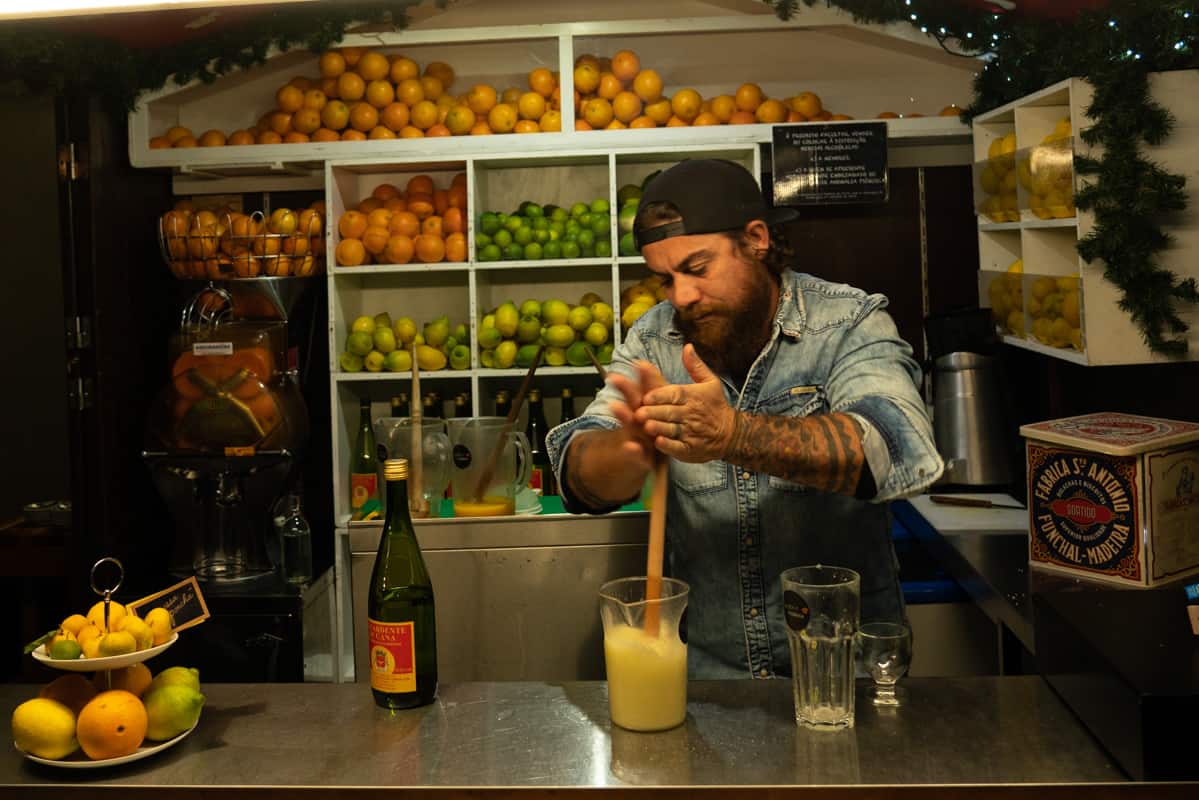 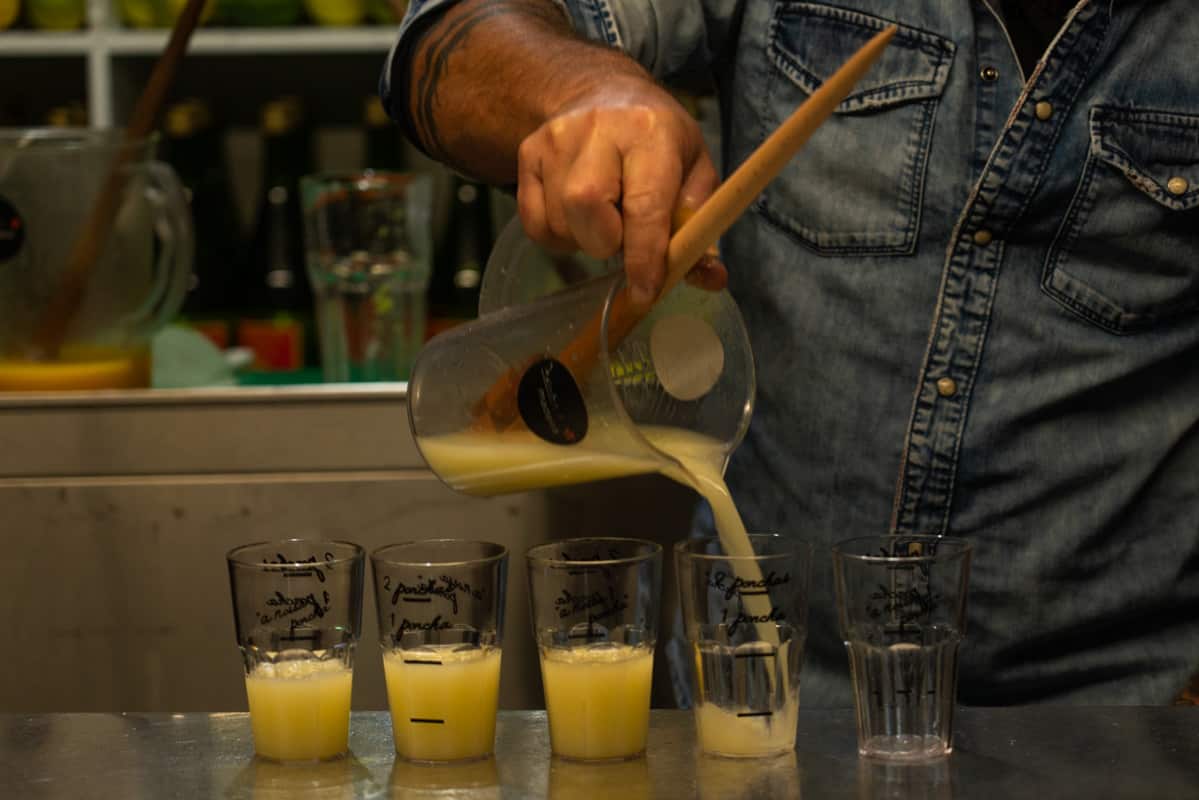 If you want to see the ancient rum distillery of Madeira, you have to visit Engenhos do Norte in Porto da Cruz. This is the only rum distillery left on the island that is steam operated. But only in the months between March and May, which are the harvest months of sugarcane, you can see the production process of sugarcane rum. The rest of the year you can see the industrial architecture and authentic machines and learn more about the process of sugarcane rum during a free tour.

In their shop you can buy many different products made from sugarcane. Of course the famous sugarcane rum, but also other products made with sugarcane such as the honey cake, also known as Bolo de Mel. Bring a bottle of sugarcane rum home so you can taste the traditional Madeira drink back home! 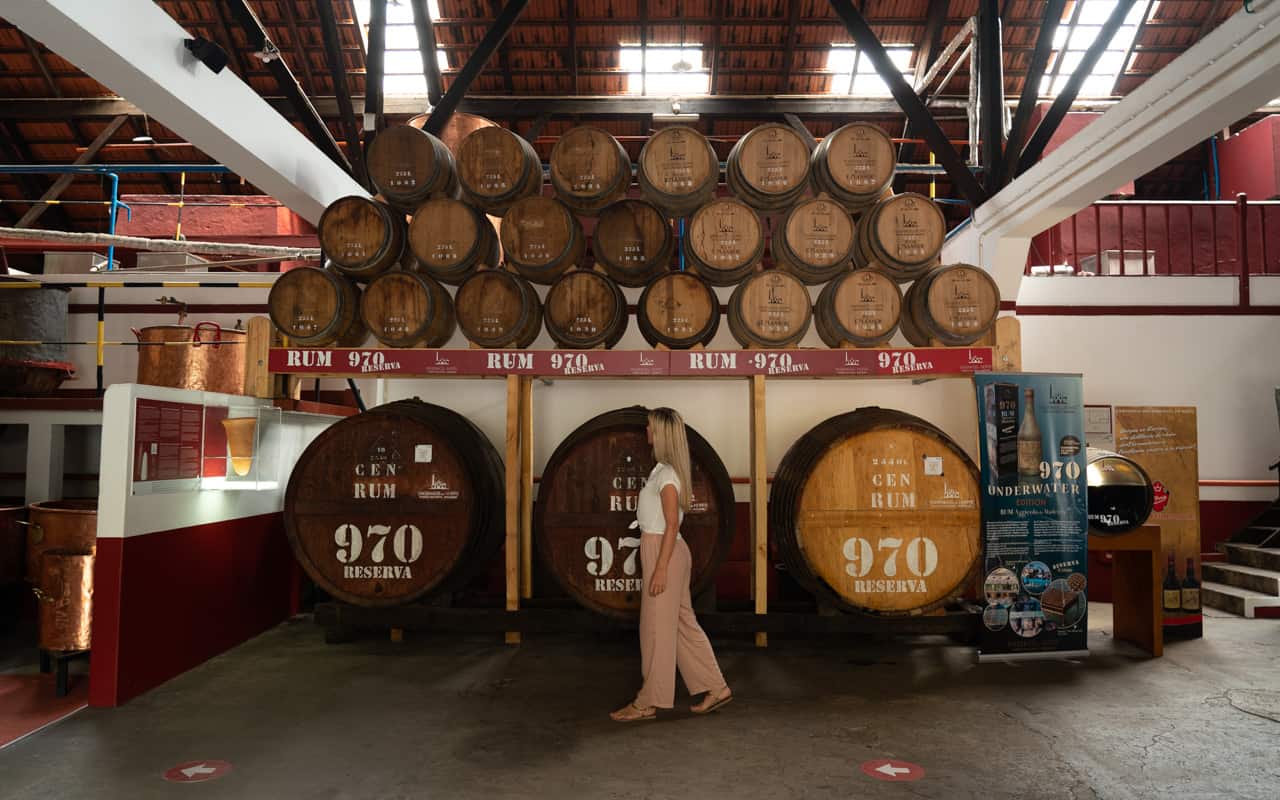 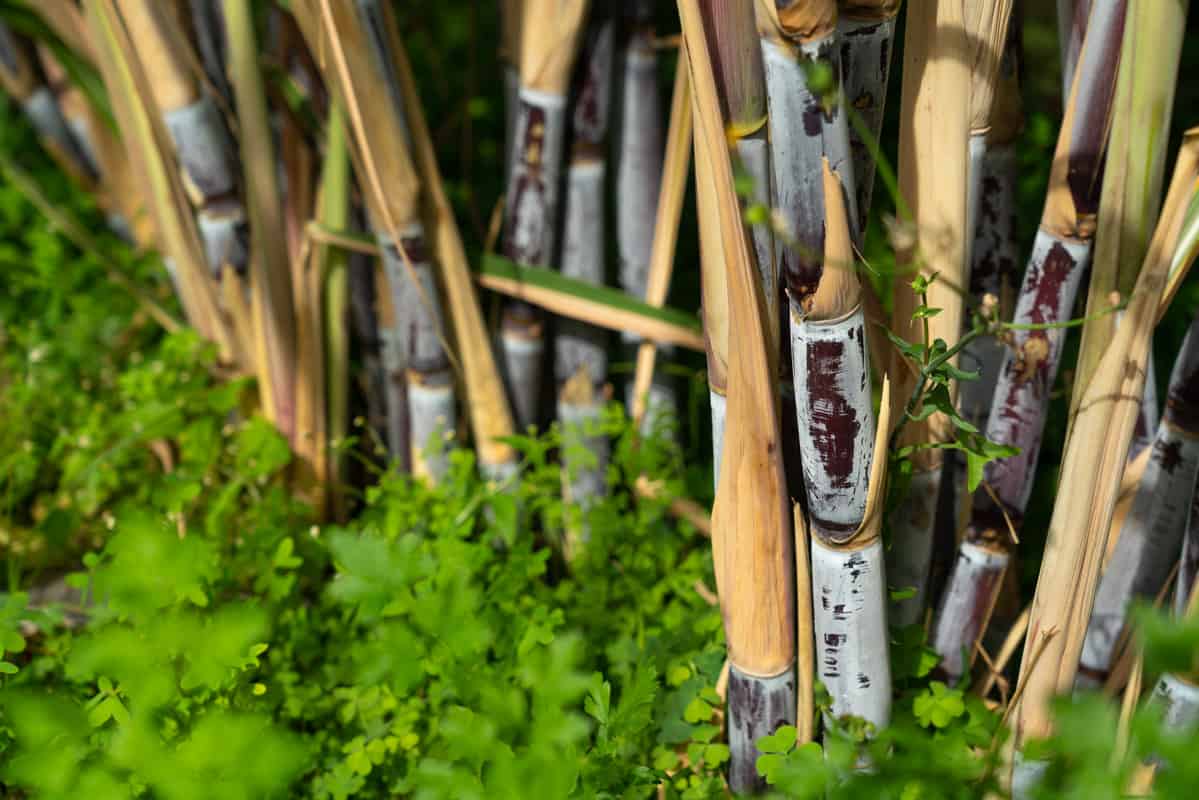 There are many amazing poncha bars in Madeira and you can trust the Madeireans to make you a delicious poncha, wherever you order! During our 7 months living in Madeira we have tried many different bars. But below a short summary of the poncha bars we tried and liked the most! 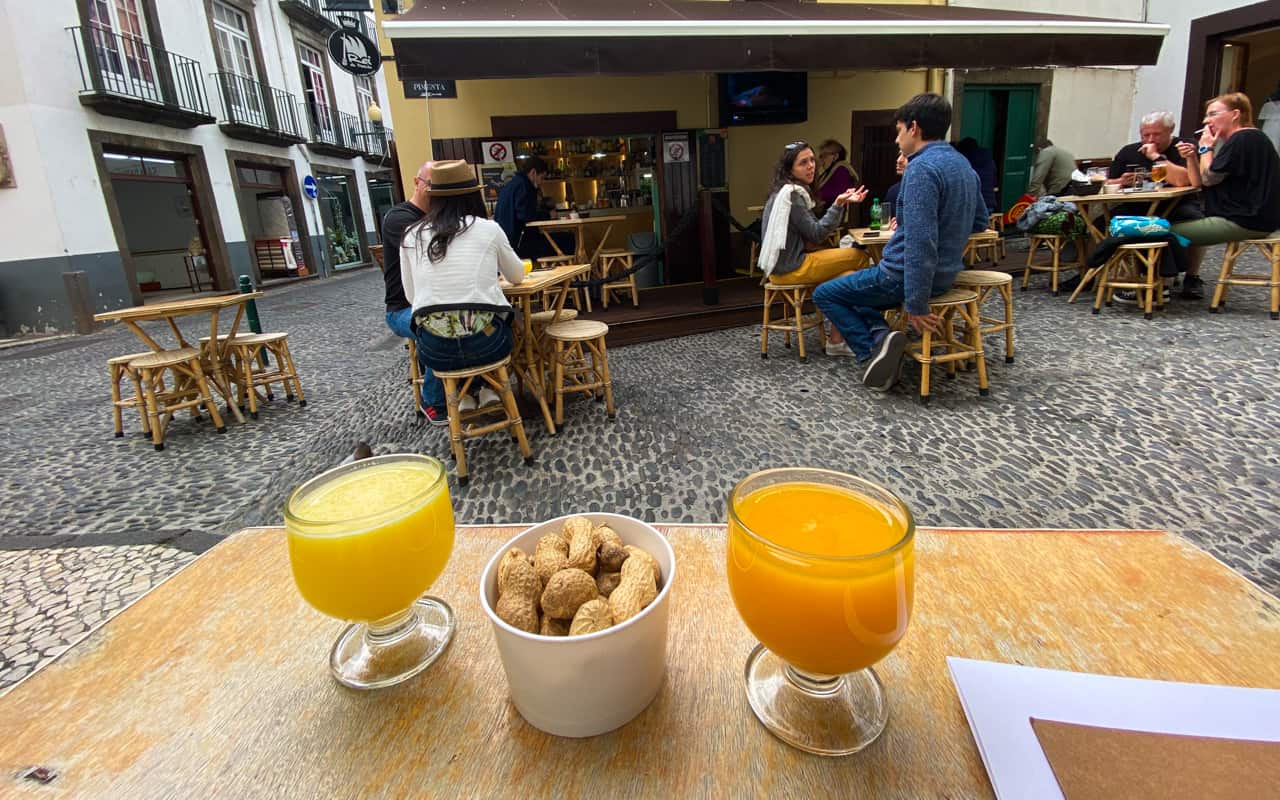 I hope you enjoyed this blog post about the traditional alcoholic drink from Madeira, Poncha.