MADEIRA WINE – All you need to know about Blandys Wine Lodge 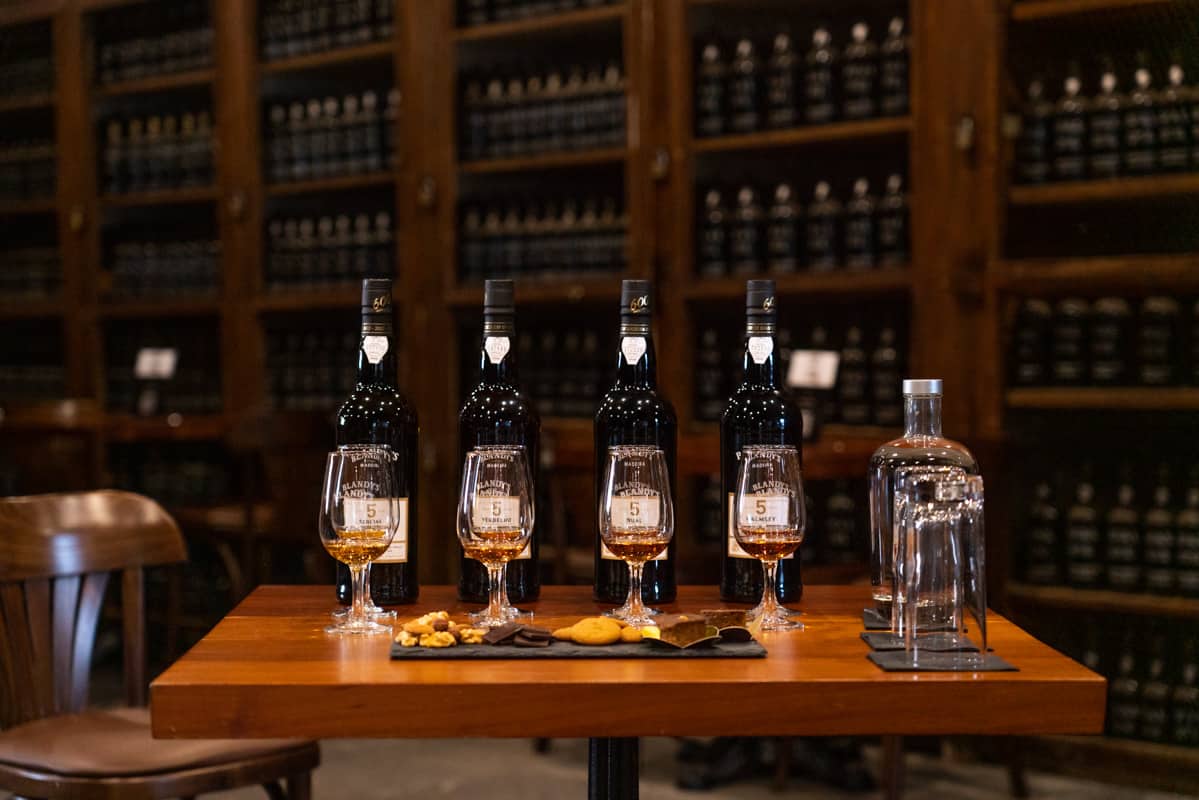 Madeira is one of the most beautiful and exotic winegrowing regions in the world. The island has a long history in winemaking, dating back to the 15th century. Madeira wine is a fortified wine produced in a variety of styles ranging from dry to sweet Madeira wines. Until today, Madeira is known for its unique winemaking process which involves oxidising the wine through heat and aging. There are a few different cellars and wine museums in Funchal to visit. The most famous one with the longest history and prettiest museum is The Old Blandy Wine Lodge. Here you can experience Madeira Wine in the making. A guided tour will lead you through some history of the wine, its development and evolution, as well as the opportunity to taste the various Madeira wines.

Madeira has a long history in winemaking. The origin of Madeira wine dates back to the Age of Exploration which is from the end of the 15th century. Back then, Madeira was a standard a stop for ships sailing to America or South East Asia. The story about how the Madeira wine has been founded is a quite funny and interesting story.

Sailors would take on supplies from what Madeira wine was one of them. But to prevent the wine from spoiling, the traditional sugarcane rum from Madeira was added. During the long sea voyages, the wines were exposed to heat and movement which transformed the flavour of the wine a lot. This was discovered by the wine producers of Madeira when an unsold shipment of wine returned after a trip. It was found that customers preferred the taste of this style of wine, so the Madeira wine labeled as vinho da roda (wine that has made a round trip) became very popular.

But the producers of the Madeira wine realised that ageing the wine on long sea voyages was very costly. Therefore they began to develop methods on the island to produce the same aged and heated style. The alternative methods to store the Madeira wine was on trestles at the winery or in special rooms known as estufas. And until today, Madeira is known for its unique way of producing wine which involves oxidising the wine through heat and a long aging process. 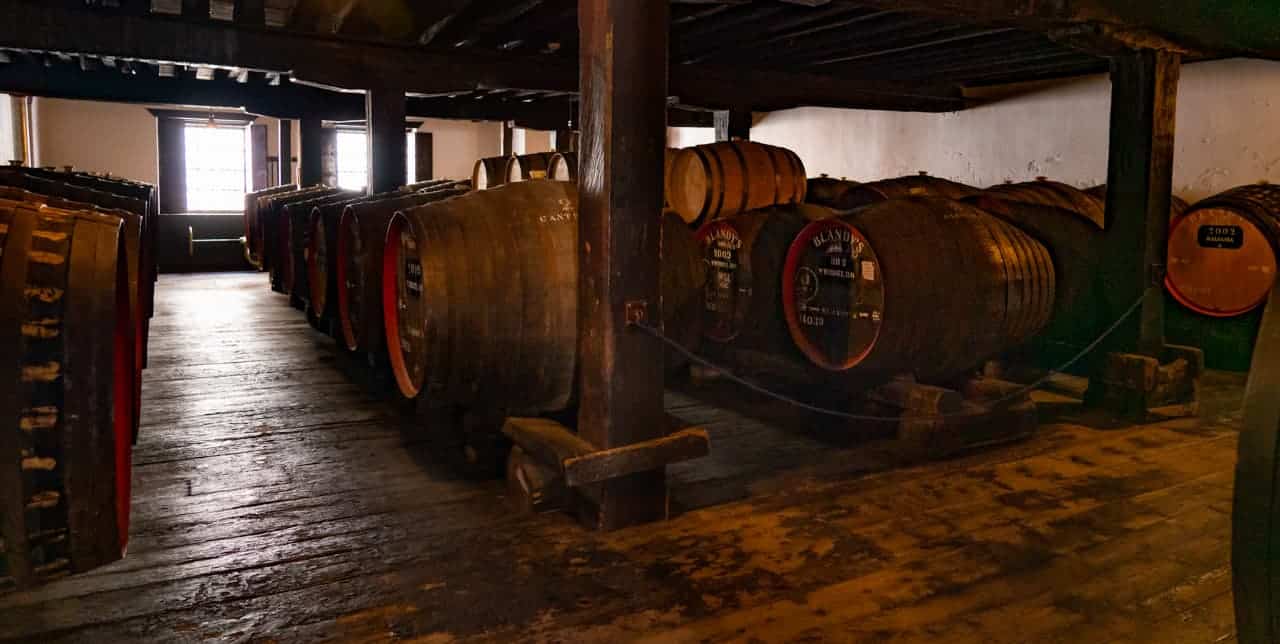 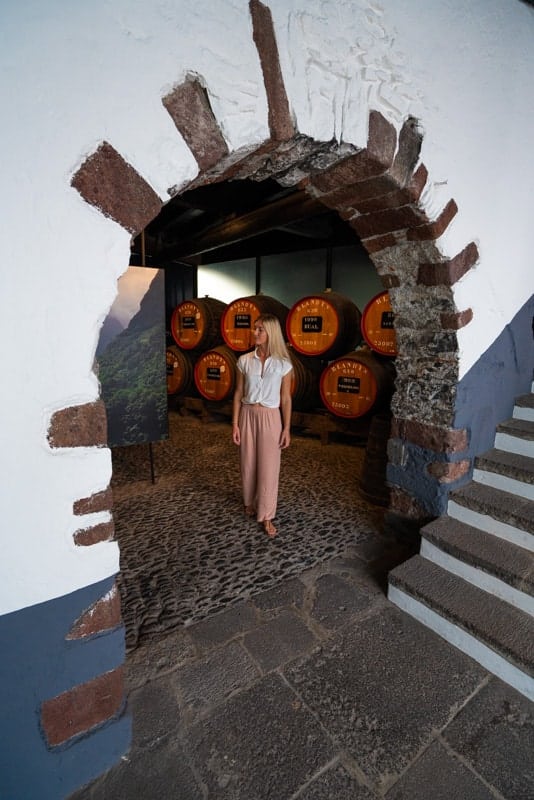 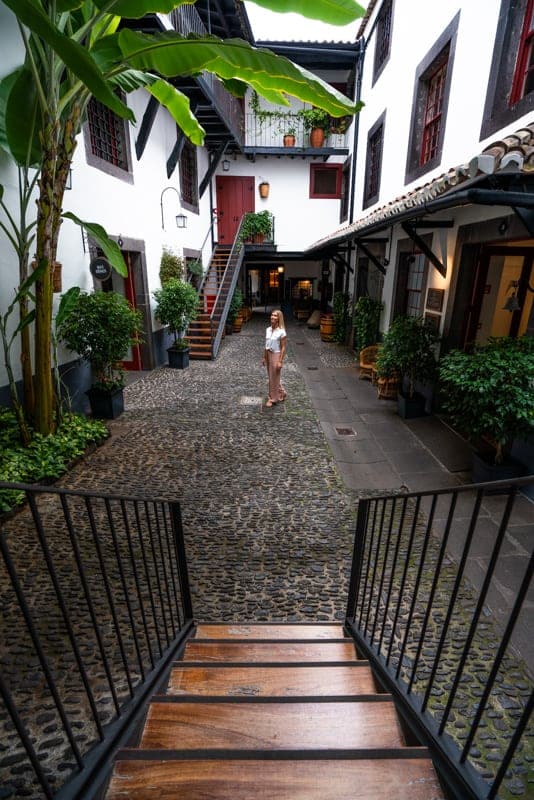 The viticulture, which is another word for wine growing, is characterised in Madeira by small terraces built on the steep slopes around the Island. Due to the geography of the island, the vast majority of the vineyards are relatively small in size. Vineyards can be found from sea level up to an altitude of 800 meters, perched in small terraces known as “poios”. Irrigation of the terraces is provided by an ancient system of canals called “levadas” that brings water from the mountains down to the agricultural plots, until the ocean.The work in the vineyards is mainly done by hand and planting density varies between 2,500 and 4,000 vines per hectare. Only at the lesser steep areas are machines used. Harvest season starts in the middle of August and lasts until mid-October.

Some of the most beautiful valleys to see the vineyards in Madeira is in São Vicente with the beautiful church as landmark in this scenic valley surrounded by the highest peaks of Madeira. 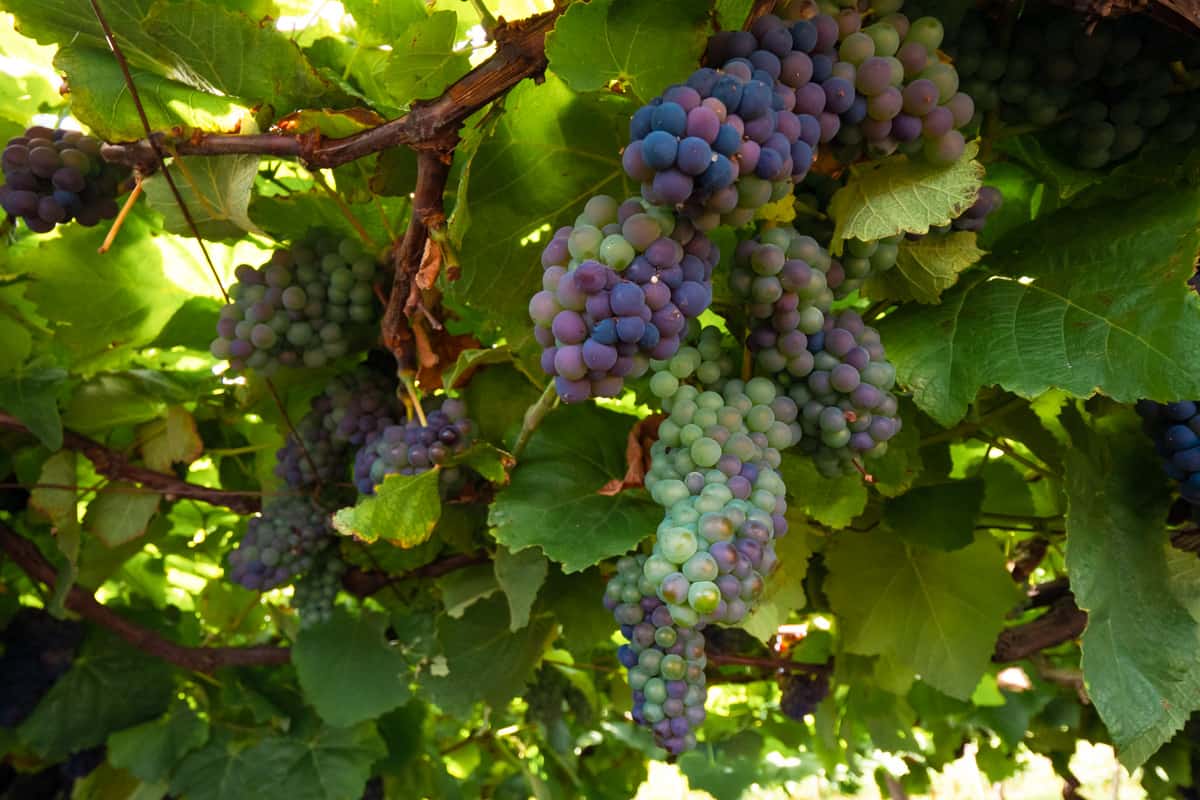 Book a Madeira wine tour along the vineyards

If wine is your passion and you would like to learn more about Madeira’s wine industry and delicious food, then this Madeira wine tour is for you! During an 8 hour tasting tour from Funchal you will visit a selection of wineries to meet the producers and taste their produce. Learn how fortified wine is made, enjoy the spectacular views along the way and sample a selection of rosés and reds. Book this Madeira wine tour now and pay later with up to 24 hours cancellation in advance to receive a full refund. The price includes transportation in an air-conditioned vehicle, certified guide, lunch, sample wines, all entrance fees and of course pick up and drop off at hotels in Funchal.

The steps of making Madeira wine is similar to other wines. The different grape varieties are harvested from the terraces around the island, crushed, pressed, and then fermented. The fermentation process is stopped by the addition of sugarcane rum from Madeira in order to obtain an ethanol content of 18–19%. After fortification, the wines are subjected to one of the two different heating processes. Those are either Estufagem (baking process) or canteiro (wood casks). During the baking process, the wine is placed in large coated vats and the temperature is slowly increased by about 5°C per day. 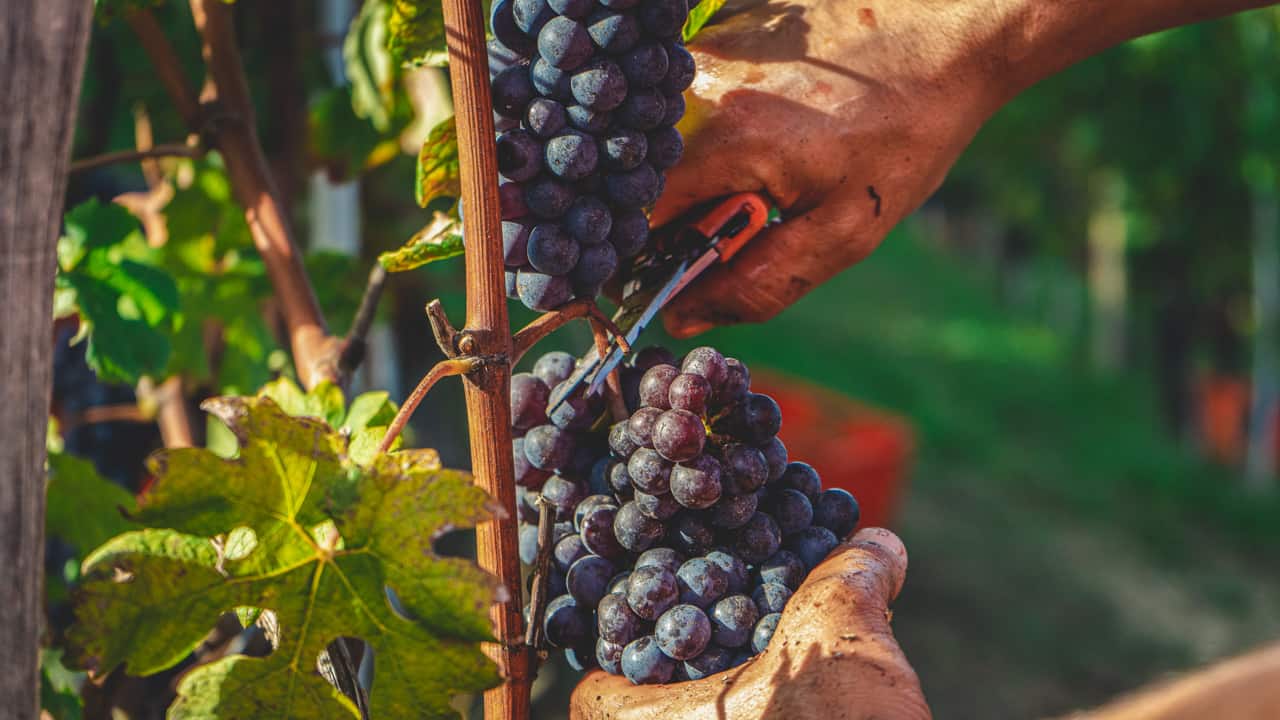 During 3 months, the temperature is maintained at 45–50°C whereafter the wine will undergo a maturation process in oak casks for a minimum of three years! Some Madeira wines will even undergo a much longer aging process, from 3 up to 20 years or even longer! The length of the ageing process is a decision based on quality and the style of wine required. After the wine is aged in old wooden barrels it is then sold as 3, 5, 10 or 15 years old wine. The very best Madeira wine is the vintage version after a minimum of 20 years’ cask ageing. But the most common Madeira wines are about 3 year old. 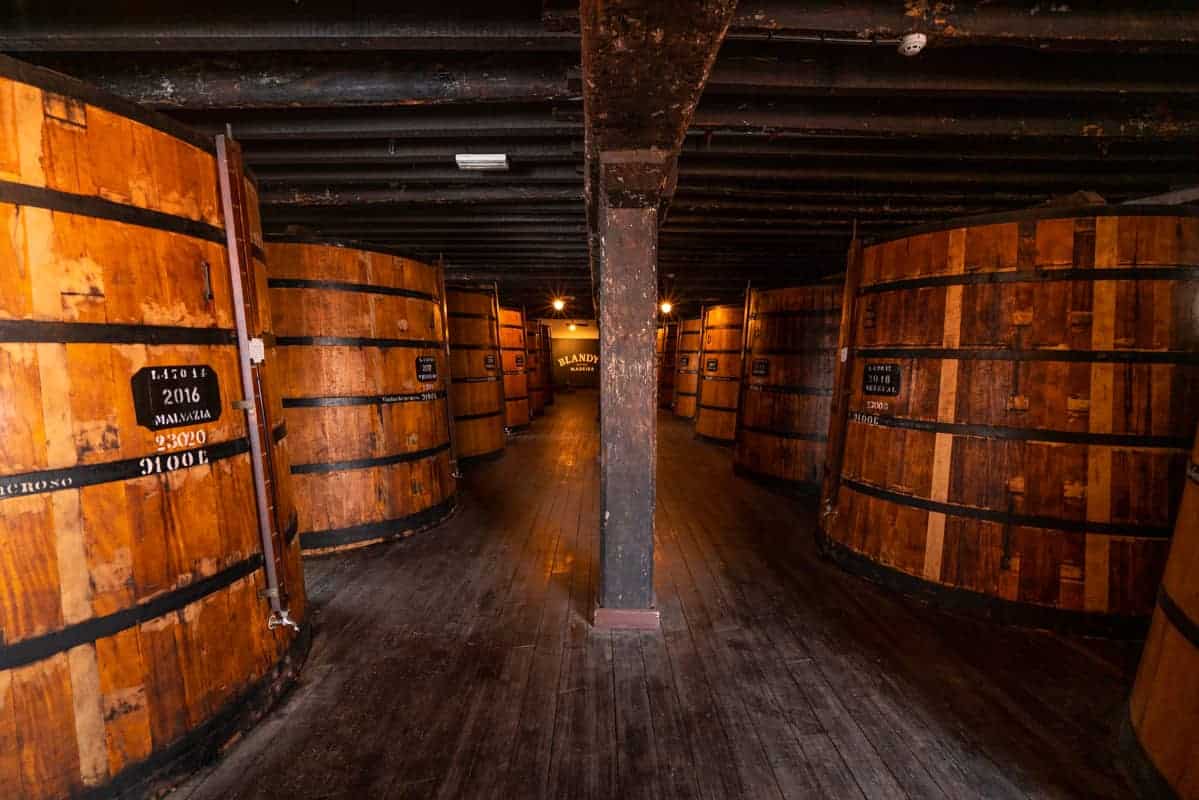 There are only 7 Madeira wine producers on the island. However most of these fascinating wine cellars are open for the public so you can learn more about the interesting process behind the production of Madeira wine. Of course you can also book a wine tasting so you can try all the different sweetness of the Madeira Wines such as Tinta Negra, Negra Mole, Sercial, Malmsey, Bual (Boal) and Verdelho. Blandys is the most famous wine lodge in Madeira and is also one of the largest Madeira Wine producers and exporters. Don’t forget to buy a bottle of Madeira Wine to bring home and drink as delicious dessert wine! Below all the Madeira wine lodges that can be visited. 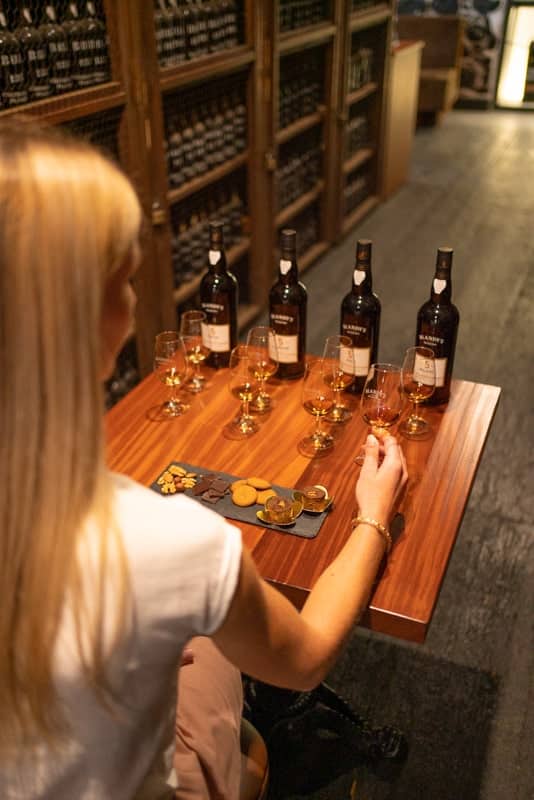 Blandys is one of the largest Madeira Wine producers and exporters of the island. The family run businesses has been producing wine for hundreds of years: Blandy, Leacock, Miles and Cossart Gordon. The wine cellars at the Blandy’s Wine Lodge in the centre of Funchal are open for visitors every day. With a tour through the Wine Lodge you will learn more about the history of Madeira Wine and how the famous Blandys Madeira Wine is made. 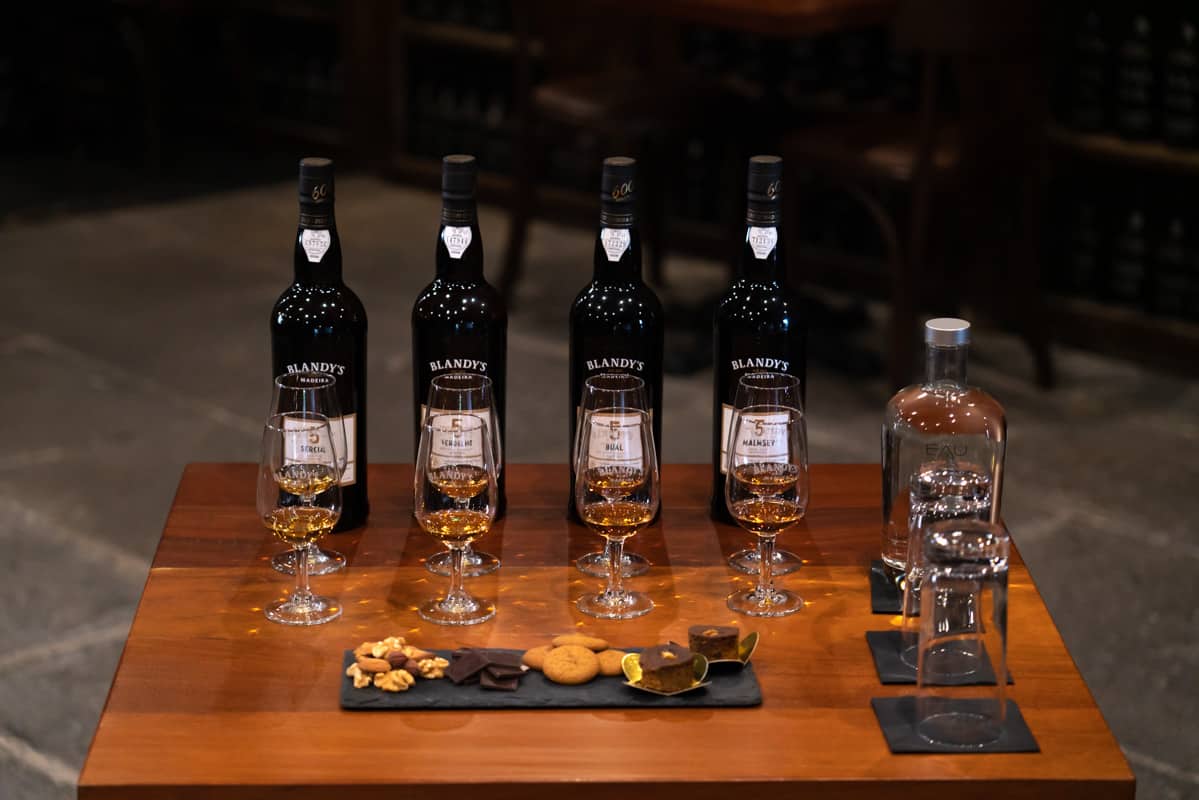 H. M. Borges is a family run business by the fourth generation that continues to store ancient wines in their wine cellars. They are based in the centre of Funchal.

Justino’s is one of the oldest Madeira wine producers and exporters. It was a family business up until 1993. But ever since they partnered with one of the largest French spirit and wines companies, they became one of the market leaders in the export of Madeira Wine all over the world.

Pereira d’Oliveira is a company which is run by the same family for five generations. You can visit their main wine cellars behind the Colégio Church in the centre of Funchal. They are open for a free tasting from Monday to Friday between 9.30 a.m. and 6 p.m. and on Saturdays between 9h30 a.m. and 1 p.m.

Vinhos Barbeito is one of the youngest companies in the business of producing and exporting Madeira wine since 1946. Being the youngest they are also considered the boldest in experimenting with their wines and packaging. You can visit their modern facilities on a hillside above Câmara de Lobos. Here you will get a perspective of their unique blend of tradition and modernity.

Besides the typical Madeira wine there are plenty more Madeira food and drink specialities which you have to try when visiting the island. Another traditional drink is Poncha which you will see in most of the cafes, called Taberna’s. If you want to learn more about Poncha, it’s history and the recipe to make it yourself, then head over to our complete guide about Poncha.

More Madeira food specialties are Bolo do Caco and Espetada which are often eaten together while enjoying a Poncha! It’s the perfect combination of carbohydrates, protein and Vitamin C which you need to refuel after the incredible hikes in Madeira.

I hope you enjoyed this blog post about Madeira wine and Blandys Wine Lodge in particular.