Suwat waterfall is one of the many amazing waterfalls in Bali. Located in near Ubud, Suwat waterfall is still a bit of a hidden gem that hasn’t been discovered by the big crowds. It’s a small little canyon where the waterfall can be seen and the natural pool can be enjoyed. There is even a bamboo raft which you can use to float on and take your epic instagrammable pictures! Make sure to be well prepared before you head out to Suwat waterfall. So in this guide I will share everything you need to know from how to get to Suwat waterfall, the entrance fee, best time to go and what to expect!

How to get to Suwat waterfall

Suwat waterfall is located in the province of Gianyar, which is about 30 minutes driving from Ubud. When you’re based in the southern beach areas like Canggu, Seminyak or Kuta, then the drive takes a bit longer depending on the traffic, but mostly about 1 hour.

Exploring Bali is best to be done on a rental scooter. But only do this when you have experience driving a scooter and when you have good travel insurance! You can also hire a private driver or book a Grab via the online app.

Once arrived at the parking of Suwat waterfall, it is only a 5 minute walk down to the waterfall and relax area. There are lockers and there is a small restaurant to get some snacks or a coconut. 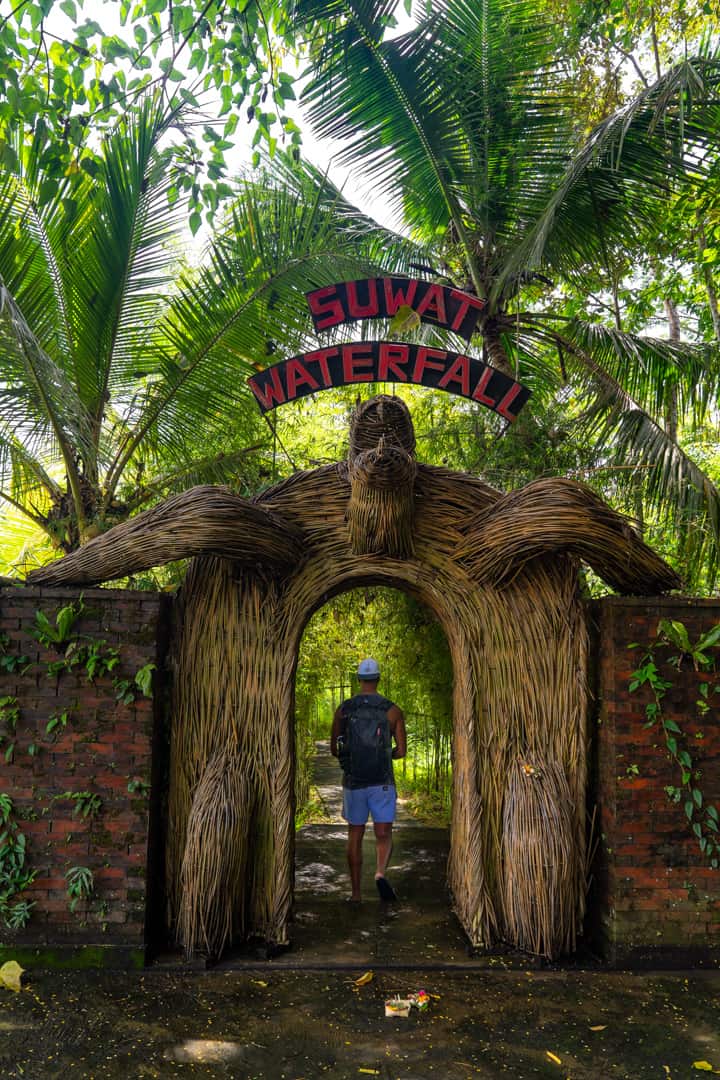 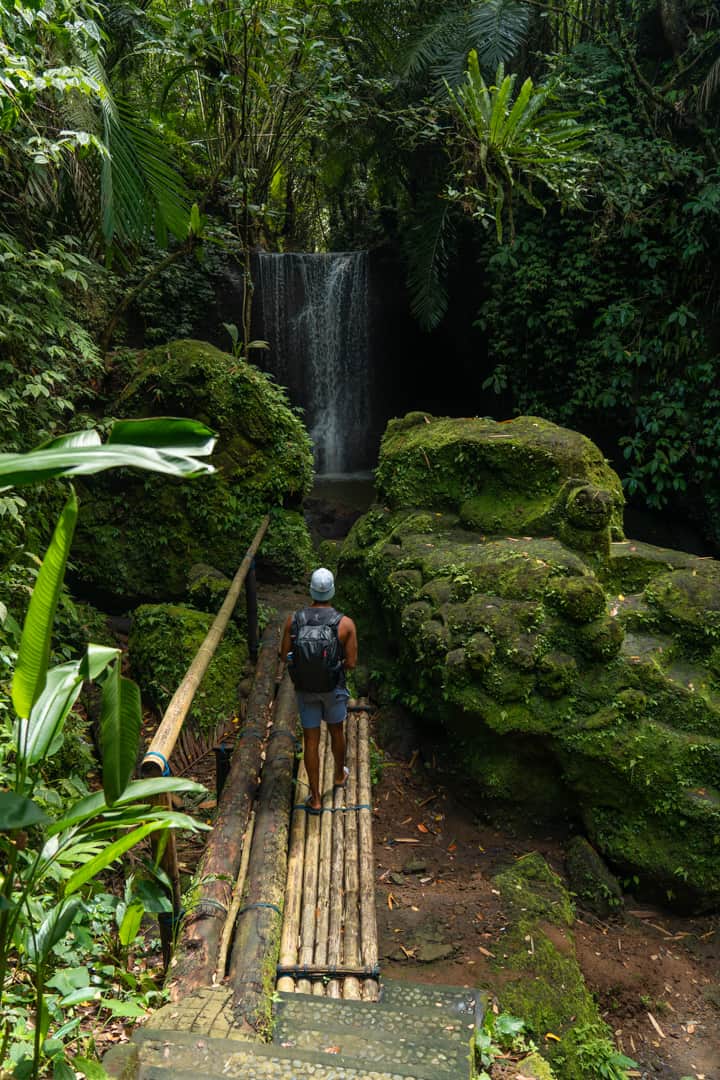 Depending on how you want to experience Suwat waterfall, the most quiet time of the day in Bali is in the early morning. The opening times of Suwat waterfall are from 8AM to 6 PM, so if you’re an early bird you can head to the waterfall right after breakfast.

But if you want something extra for your photos, you might have the chance of catching some light rays around 2 PM. At that moment of the day the sun peaks through the leaves above and can create some magical light rays thanks to the spray of the waterfall.

This might also bring an extra challenge for you because sun light can bring ugly spots in the water in your picture which is hard to make equal in the edit. 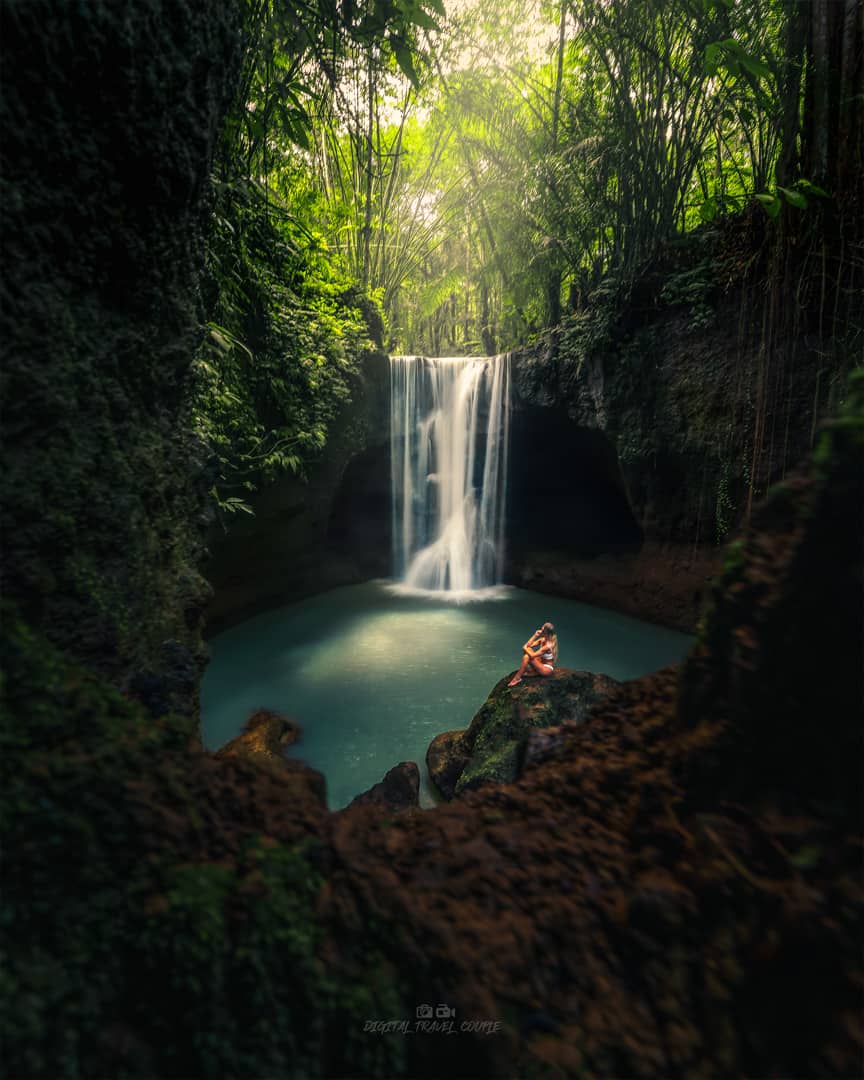 What to expect at Suwat waterfall Bali

The hike down to Suwat waterfall is just like many other waterfalls in Bali just a little walk. In less than 5 minutes walking down the stairs you will be at the base of the waterfall overlooking the natural pool. The path takes you through a lovely small bamboo forest which is great for photography. Along the way you can see the beautiful lush nature of Bali with many tropical plants and trees. Once arrived in the canyon where Suwat waterfall is visible, you can also see many beautiful rock carvings. 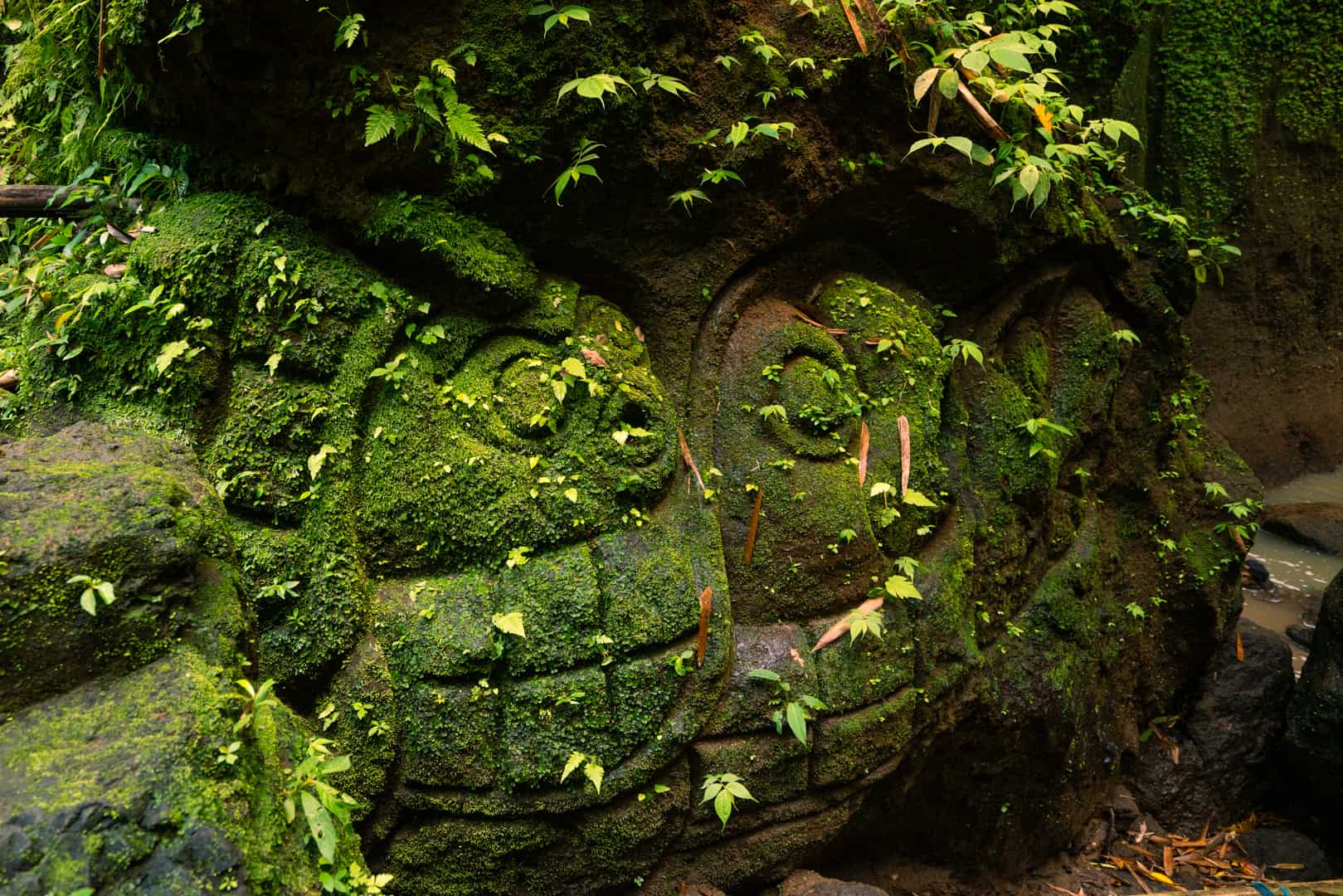 Suwat waterfall is about 15 meters high and flows all year round. But during the rainy season in Bali which is from October until April you can expect the water in the natural pool to be much higher and Suwat waterfall more powerful. Always be careful when entering the water as there is no lifeguard around. Suwat waterfall also offers a bamboo raft which you can use to float on and to take some instagrammable pictures. There is also a cave on the side of the waterfall which you can explore. But it can be a bit hard to get up there, especially when the water level is lower. 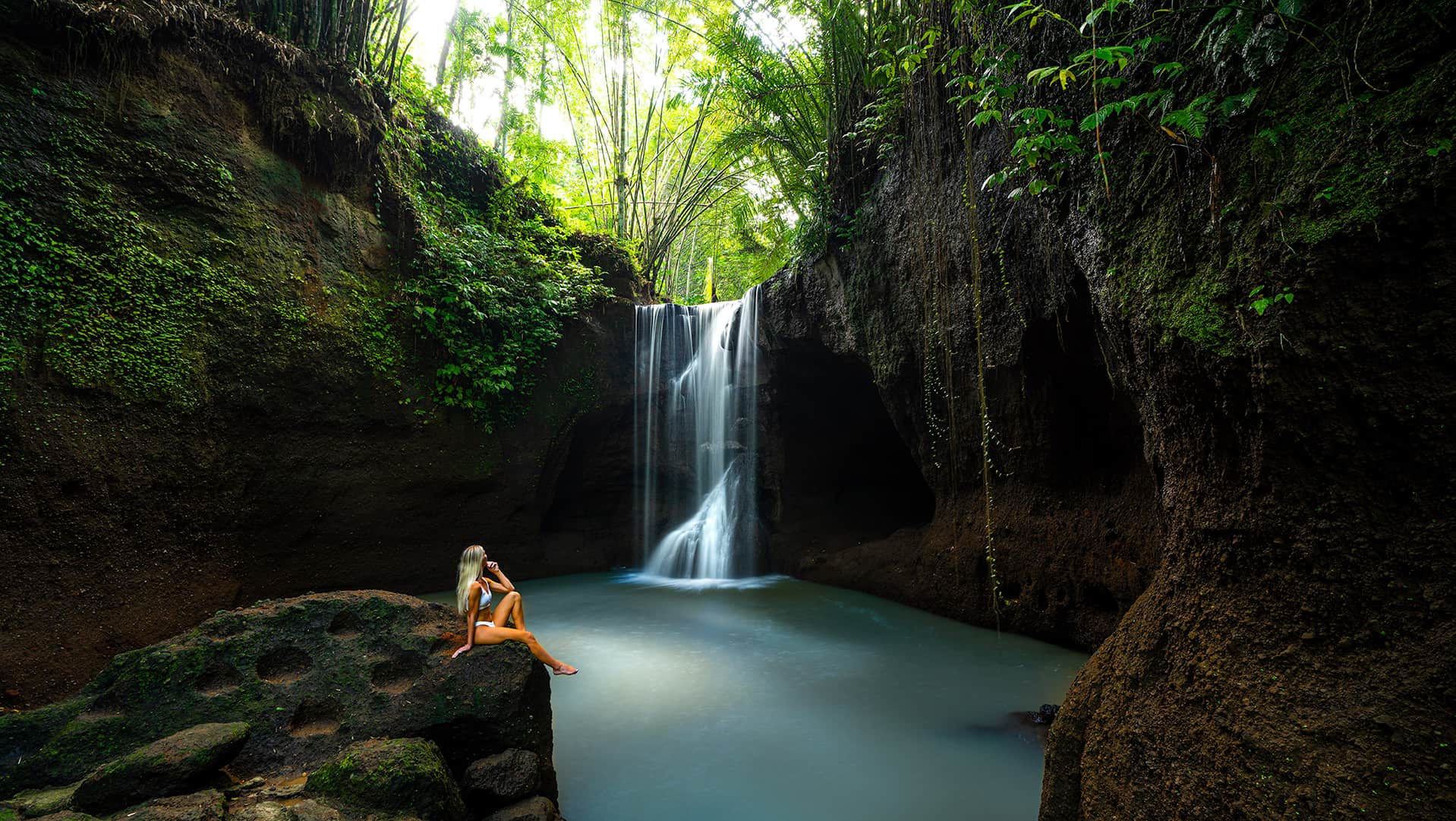 I hope you enjoyed this blog post about Suwat waterfall Bali. For more Bali travel inspiration, head over to our other Bali blog posts.

12 most beautiful waterfalls of Bali

The most amazing Bali ricefields to explore