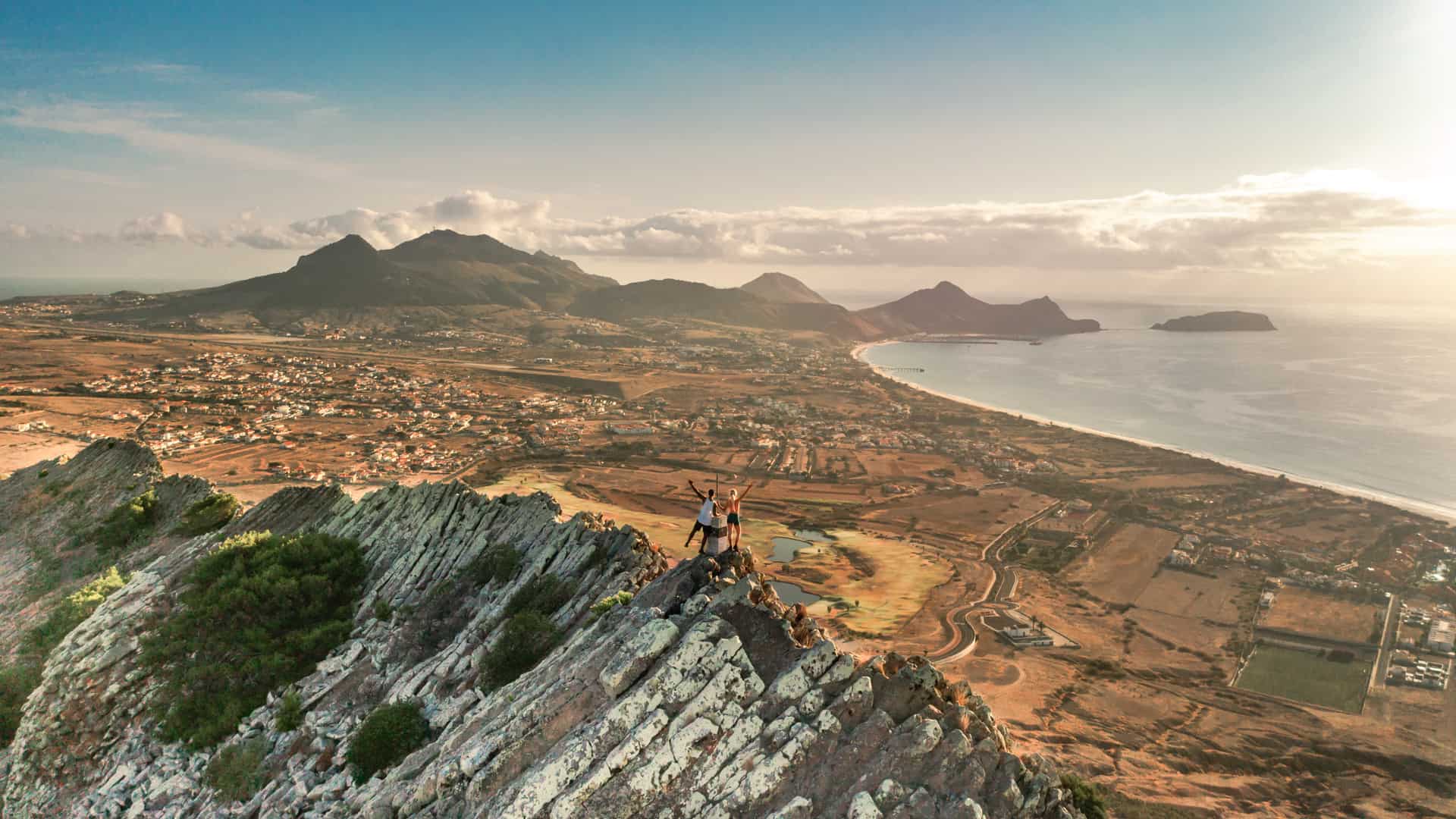 At 283 metres above sea level, Pico de Ana Ferreira is the highest point on the west of Porto Santo island. The incredible rock formations are formed millions years ago by volcanic activity. Their interesting shape looks like spectacular organ-pipe arrays of pentagonal rock columns. There are many things to do on Pico de Ana Ferreira. You can hike to the top, explore the numerous caves and of course visit the impressive organ pipes of Pico de Ana Ferreira. In this blog post you’ll find all the information you need for exploring Pico de Ana Ferreira!

If you want to explore the best of Porto Santo, then it is highly recommended to book a guided tour. Your guide can tell you everything about the flora and fauna, you can’t get lost and you don’t have to worry about any preparation except the right shoes and clothing, All of these tours include air conditioned transport with hotel pick up and drop off, certified guides and sometimes also lunch. You can reserve now and pay later, with cancellation up to 24 hours in advance to receive a full refund.

How to get to Pico de Ana Ferreira

The most easy way to get to Pico de Ana Ferreira is to start at the ‘Organ Pipes’ from where you can hike up further to the cave and then to the summit of Pico de Ana Ferreira. However, we went from the other side as well and both involve a bit of climbing, scrambling over the rocks. So it’s not a casual walk in the park you would do with your Grandma. You can drive to the Organ Pipes and find your way up to the summit from there which is the easiest to find. If you are with a car you can park it in the gravel parking lot near the golf course or drive up along the gravel road until you are at the parking lot of the Organ Pipes. 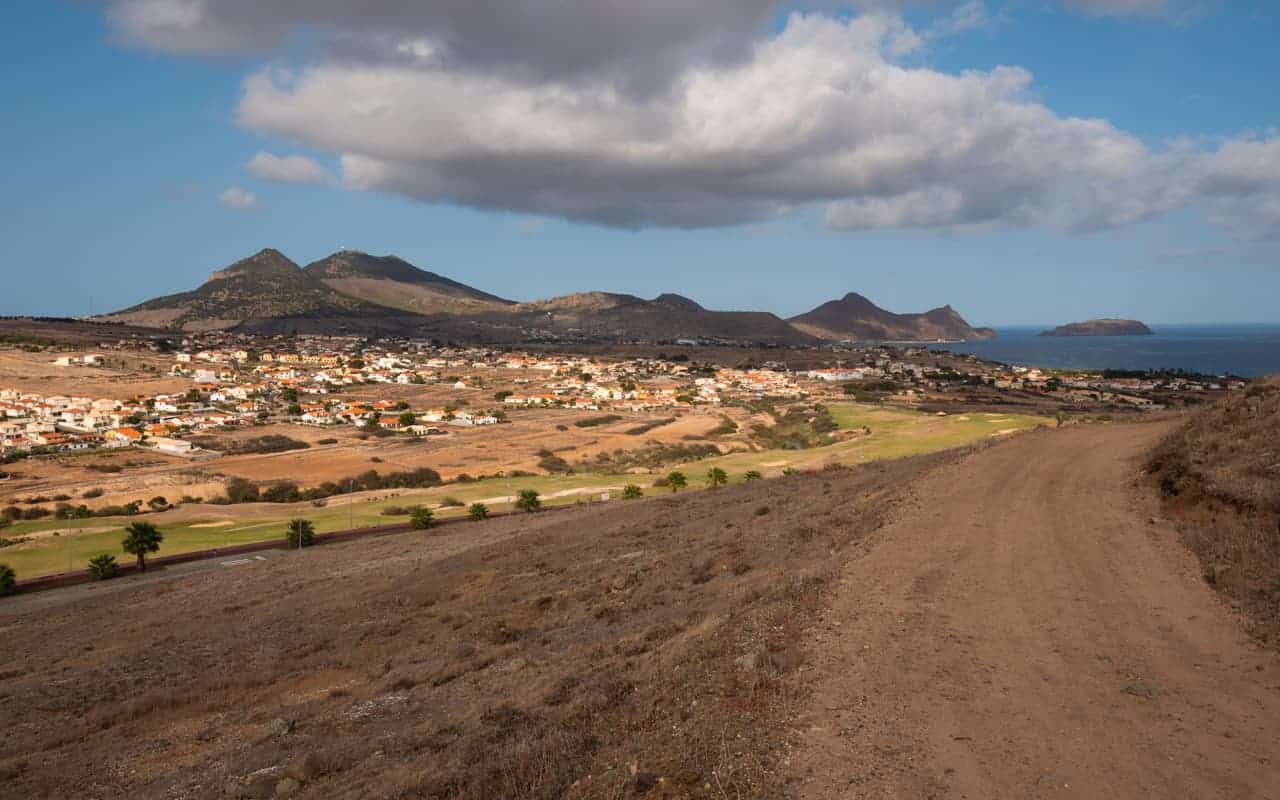 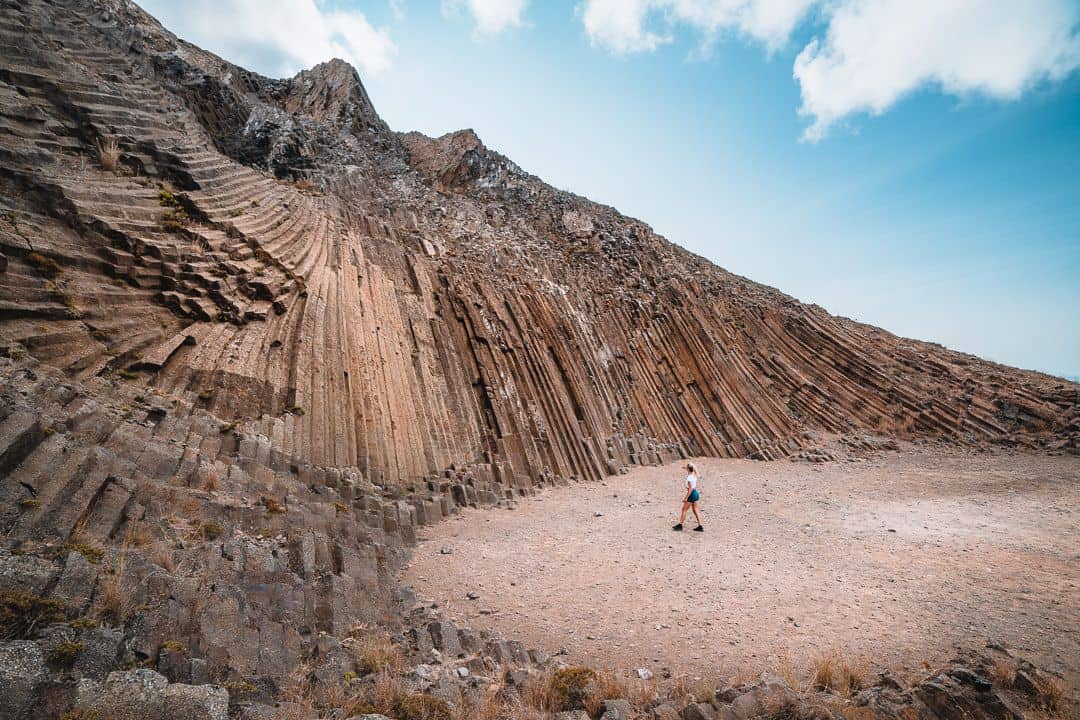 The best time to hike in Porto Santo would be early morning or afternoon towards sunset if you ask me. Pico de Ana Ferreira is a great spot to watch either sunrise or sunset, and especially from the cave you will have a stunning sunrise view over Porto Santo. Another day we went up at Pico de Ana Ferreira for sunset, and also that moment was very fun without it being too hot. 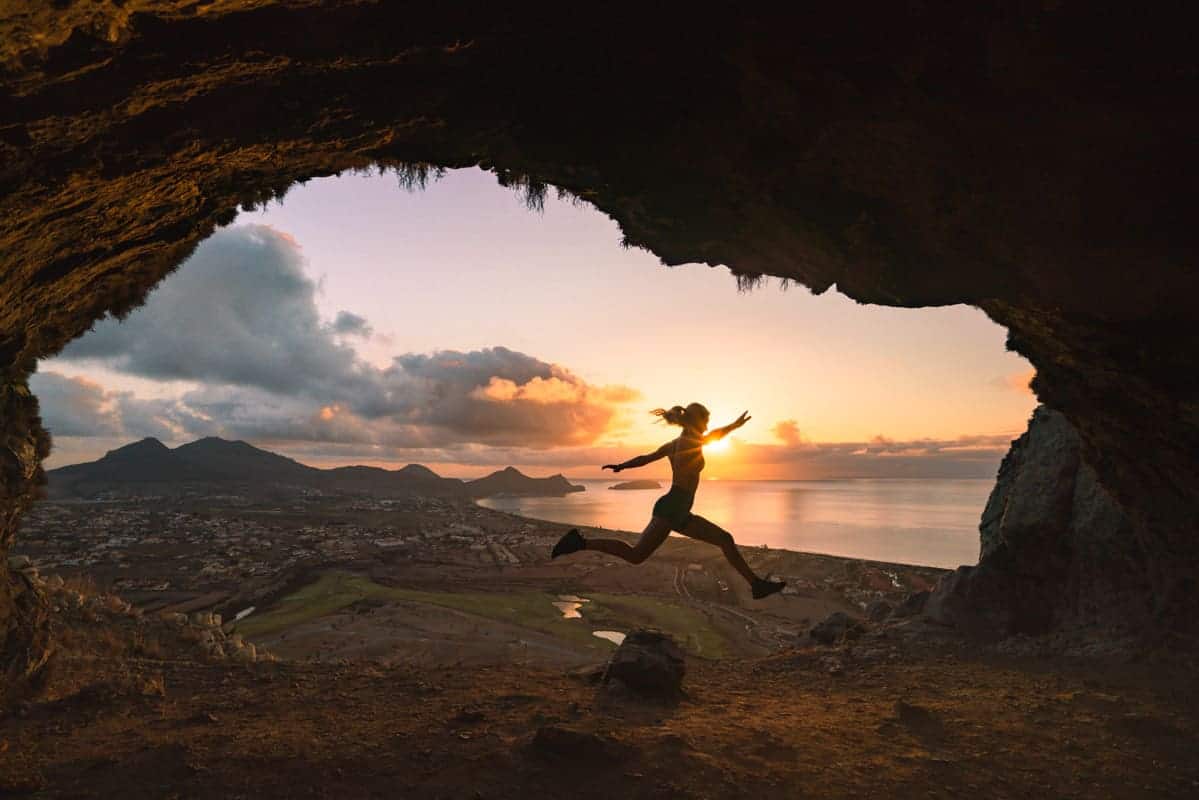 Sunrise from the cave at Pico de Ana Ferreira

What to expect when hiking Pico de Ana Ferreira 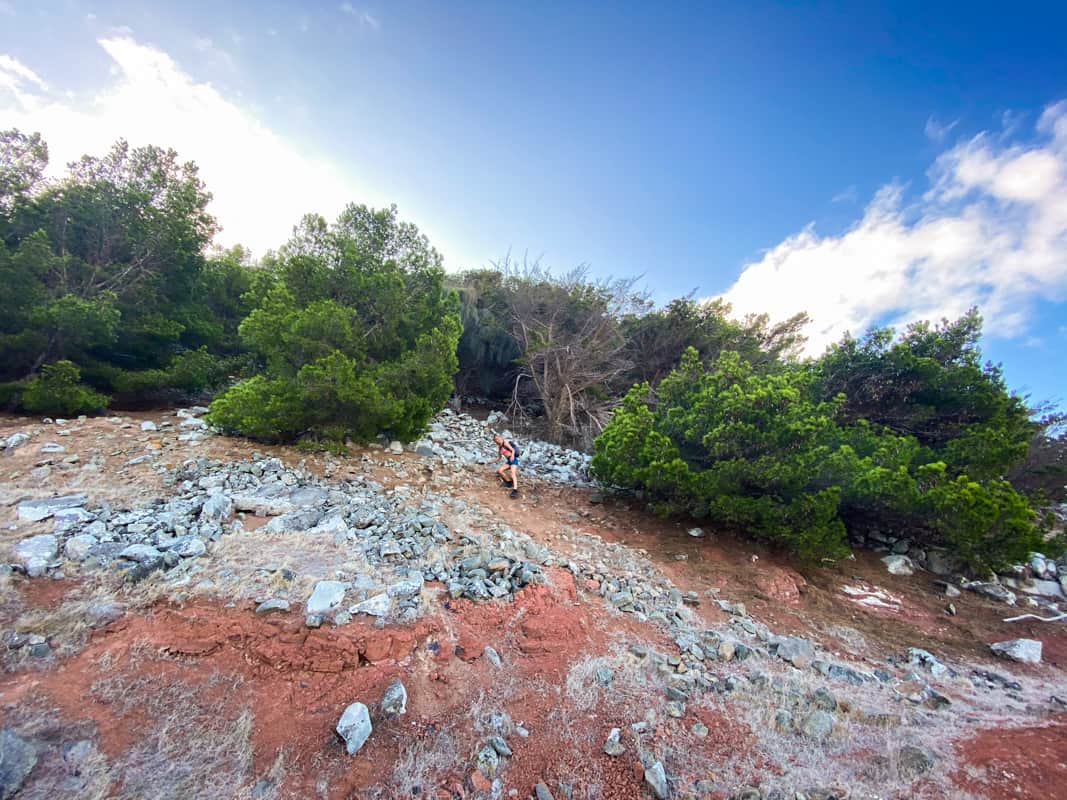 The Organ Pipes are one of the must visit places on Porto Santo Island. These basalt column rock formations are incredibly unique and originated millions years ago by volcanic activity. It’s super interesting to see these sculptures that were made by nature from up close, especially when you realize how they have been forming millions years ago! The hexagonal columns were once lava that has cooled off. This physical process that happens when melted lava rock cools off is how the long, straight columns of basalt have been formed. A must visit on Porto Santo Island, because you can easily reach the Pico de Ana Ferreira Organ Pipes without hiking. 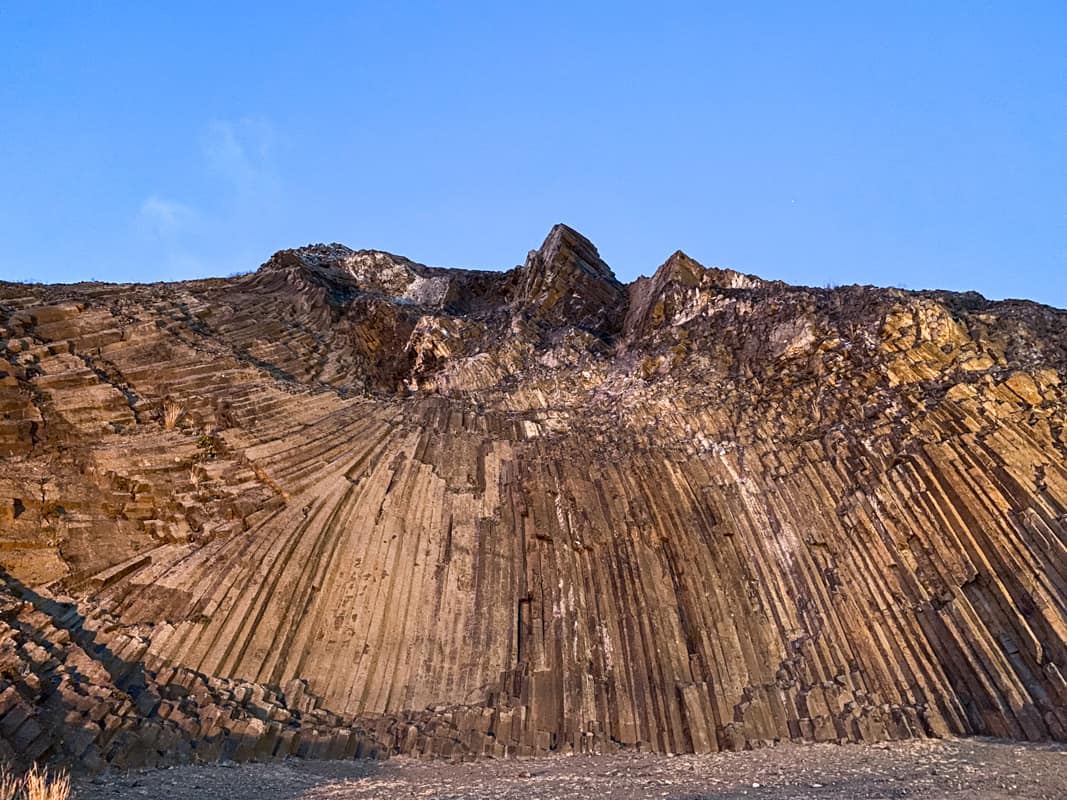 If you’ve planned on continuing the journey up to the summit of Pico de Ana Ferreira, you will pass a large cave. On the left side of the Organ Pipes you will spot a trail going up. Follow this worn trail for about 15 minutes and find your way up the hill. There are no signs pointing you to the cave and the path is not always very clear. So keep your eyes out once you’re halfway because you will spot the caves at some point, and from there you can identify the best path to reach them. 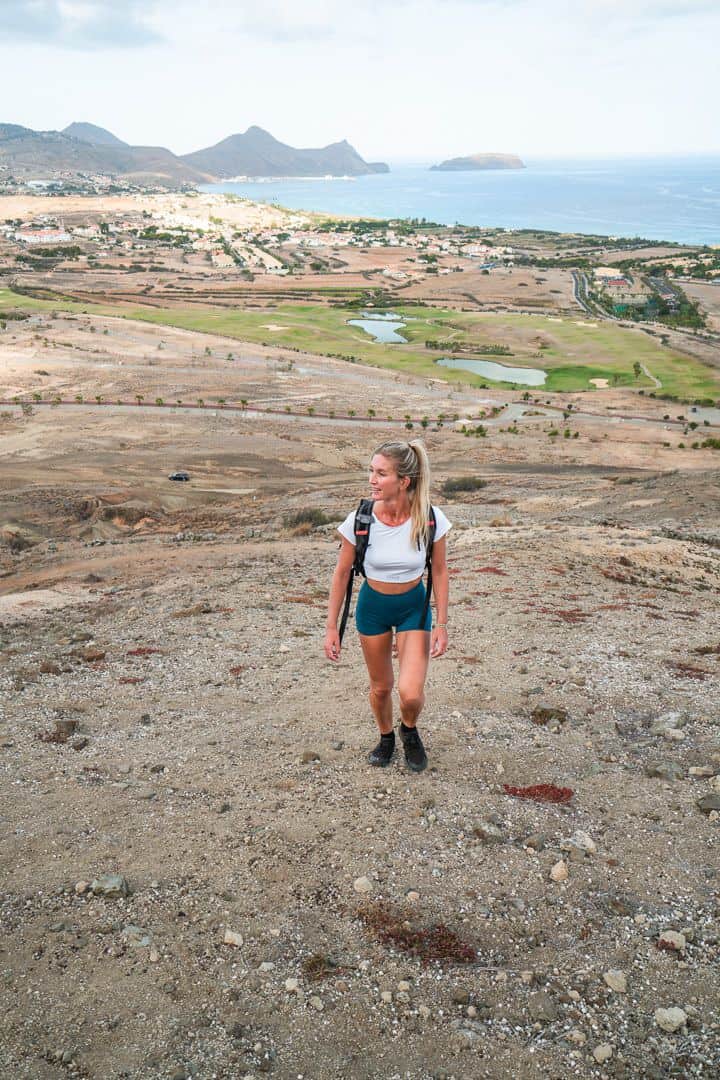 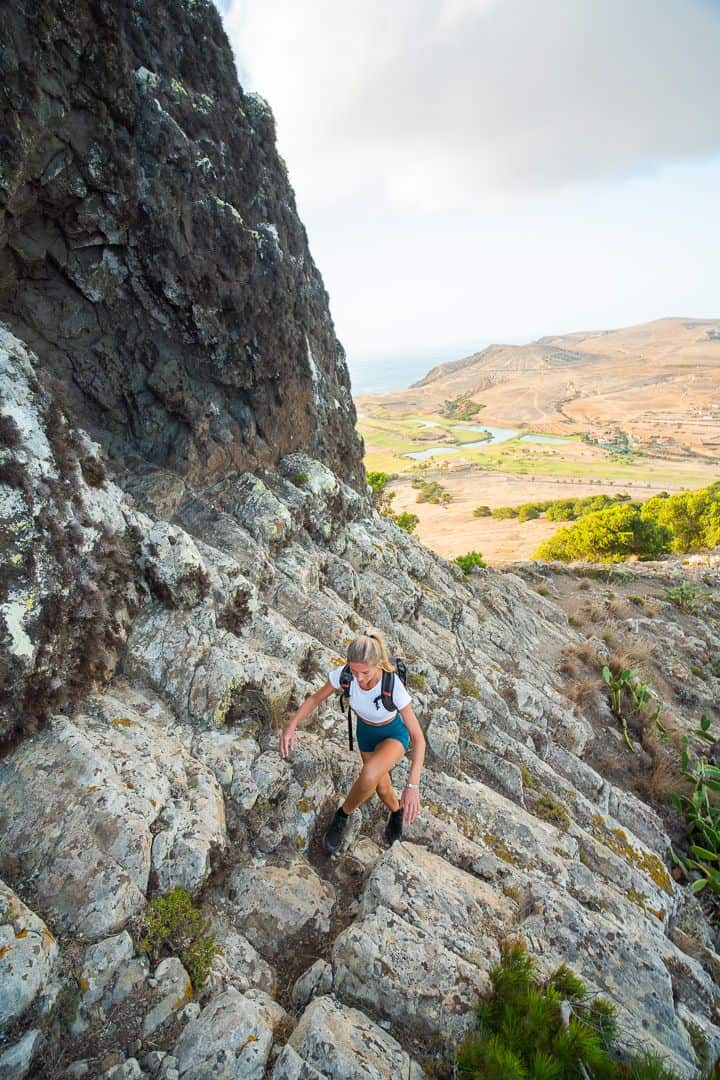 There are actually two different caves both from about 7 meters wide. These Pico de Ana Ferreira caves are a great vantage point for sunrise as you look out on the east side of Porto Santo Island.

Hike to the summit

After your visit in the cave it is time to continue the journey towards the summit of Pico de Ana Ferreira. Again there is no dedicated path or signs pointing you in the right way, so you have to find the most suitable route yourself. First you will climb around the corner of the cave and get on top of it. From here you take a direct route to the summit of Pico de Ana Ferreira along the ridge. The rocks are very dry and grippy but there is quite some clambering involved. I would only recommend this part for the adventure seekers and medium experienced hikers. When it has been raining recently don’t go further up the ridge because then the rocks can be slippery. 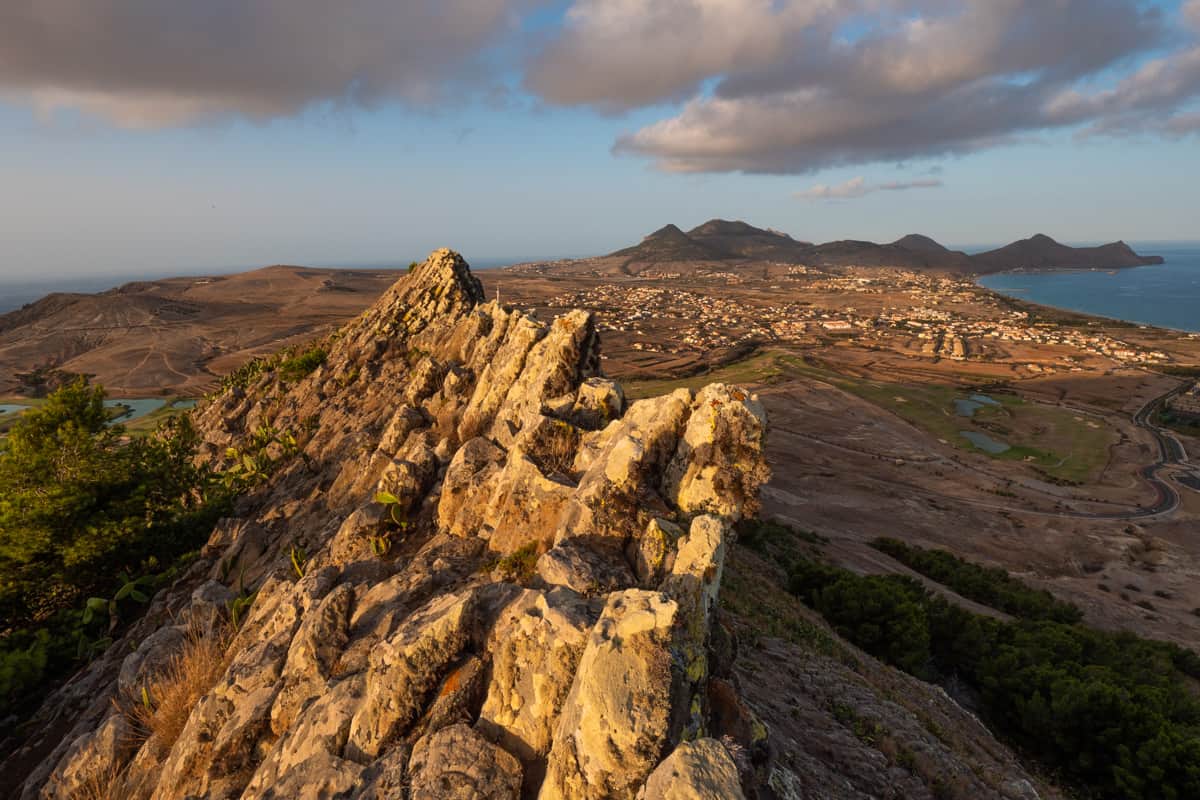 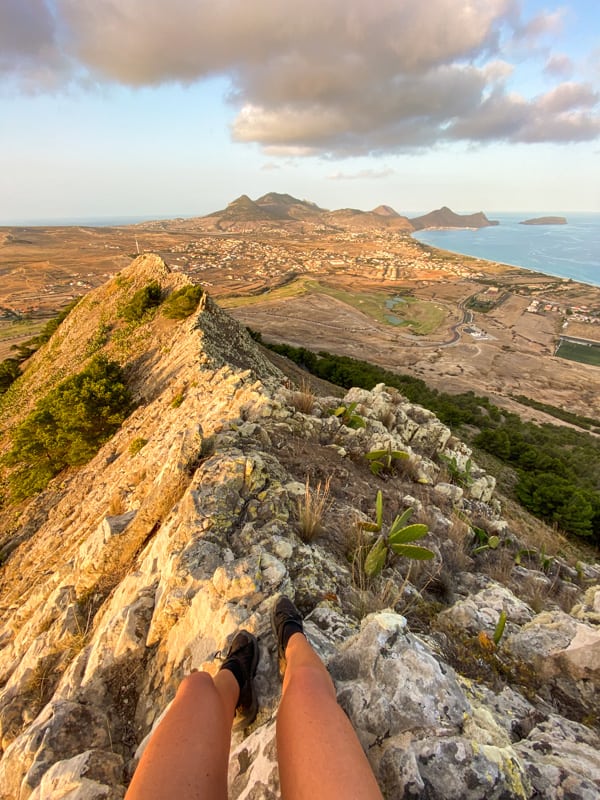 However, there is also a path that goes lower down the rocks and that requires less scrambling. You can for example choose to take the other path down which will bring you back to the gravel road in only 15 – 20 minutes. 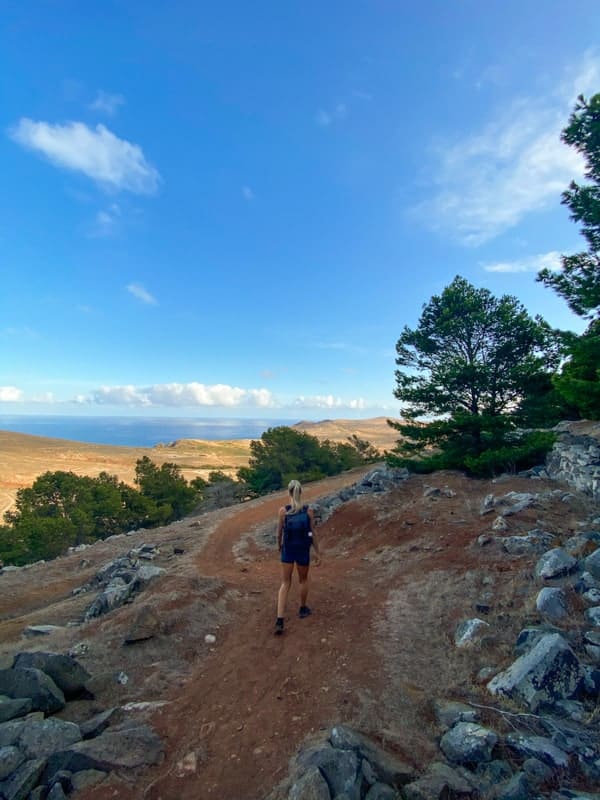 Porto Santo island has a rich geological diversity as its originated millions years ago by volcanic activity. There are many unique geological formations, such as the emblematic example of Pico da Ana Ferreira. In contrast to the green island of Madeira, Porto Santo has only small patches of non-native coniferous forest and shrubs, which mainly occur at altitudes above 200 m. The greenest part of Porto Santo island is on the north east side at Pico Branco and Terra Cha.

The island is a relatively flat island with some reliefs. Porto Santo’s highest peak is Pico do Facho at 517 metres. The southeast coast is low and sandy in contrast to the west coast which is relatively steep with generally inaccessible cliffs. 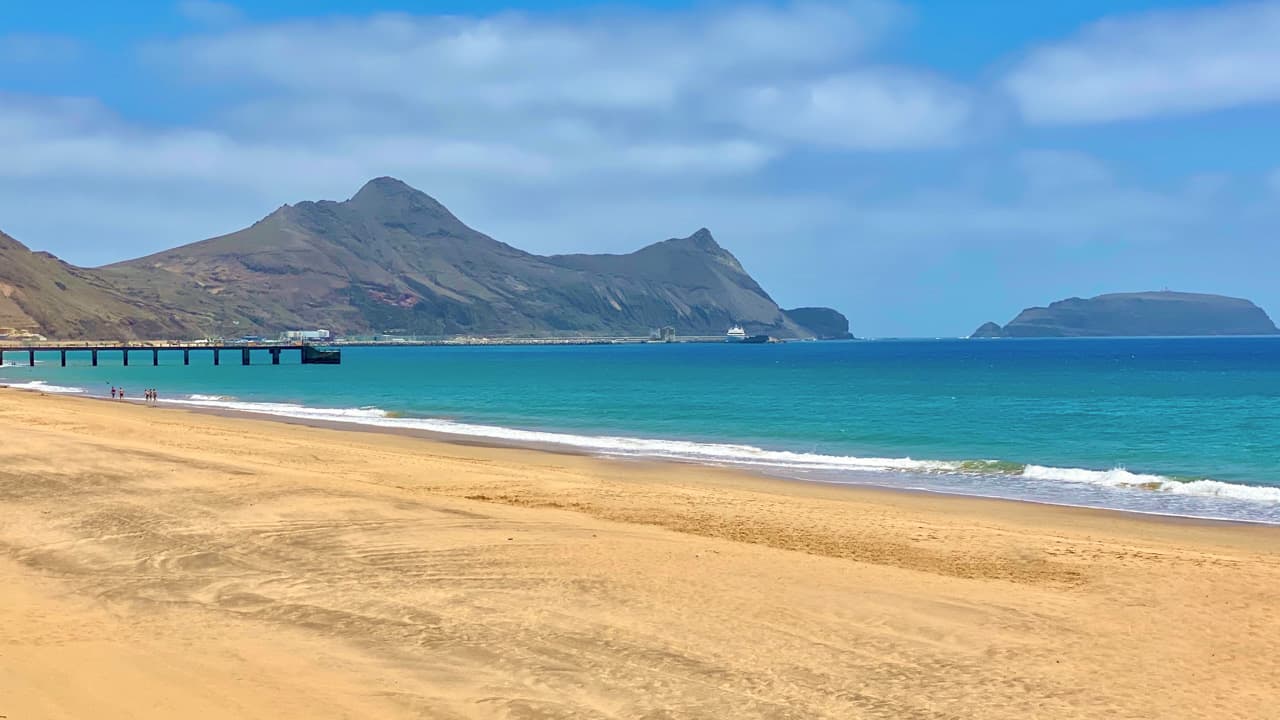 I hope you enjoyed this post about the Pico de Ana Ferreira hike and caves. There is another hike on Porto Santo which I definitely recommend, the Pico Branco and Terra Cha hike on the most North eastern part of the island. Of course you also have to enjoy the beautiful golden sand Porto Santo beach. Swim in the natural pools of Porto das Salemas and watch sunset at the beautiful Flores viewpoint.

For more Madeira travel inspiration, read our other Madeira blogs.

All about Poncha – The Ultimate Guide