Laxapana waterfall is a beautiful picturesque waterfall situated in the town of Hatton in Nuwara Eliya district. With a height of 126 m, Laxapana Falls is the eighth highest waterfall in Sri Lanka and ranks as the 625th highest waterfall in the world! With a stunning natural plunge pool at the bottom of the falls, you can dip in the pool to cool off after the hike down. The power with which the water thunders down is impressive and results in silvery foam which makes the waterfall super photogenic. In this blog post you will find everything you need to know about Laxapana Falls Sri Lanka!

How to get to Laxapana Falls Sri Lanka

If you stay in the Nuwara Eliya area it is around 2 hours and 20 minutes drive to get to the waterfall. That was the reason why we stayed in Hatton for a few days to explore the area and waterfalls, including this one and Aberdeen Falls, around Hatton. With Google Maps you will get to the entrance of the Laxapana Falls. Because it’s not that clear where the startpoint for the trail is, I took this picture to show you exactly which path you need to take to get to the bottom of the waterfall. 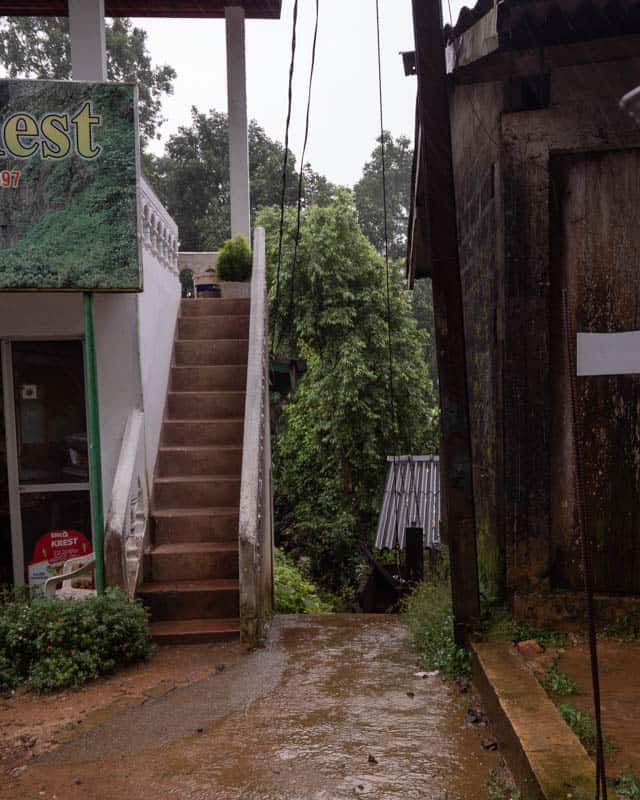 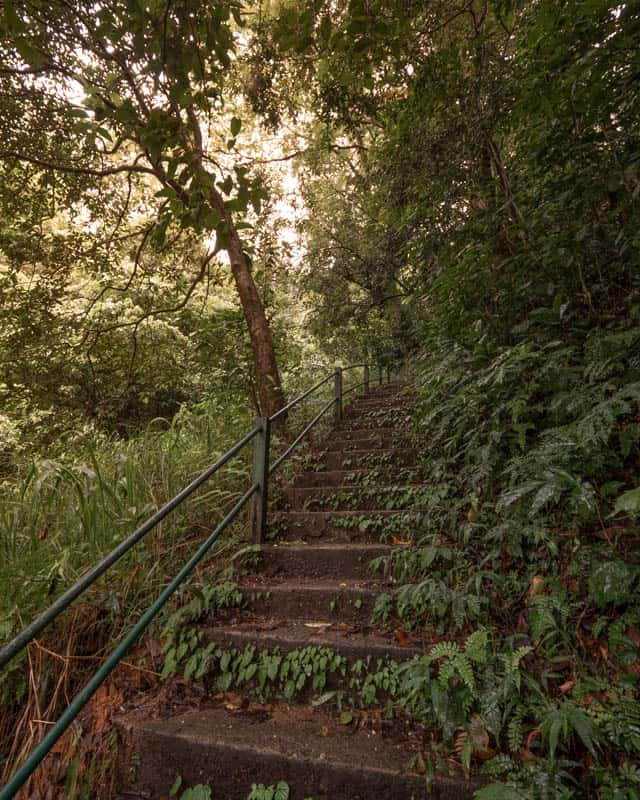 The best time to visit Laxapana Falls is from September to December. Because the rainfall in the area is at its peak during these months, the waterfalls appear magnificent during this time. The powerful waterfalls makes it also the perfect circumstances to take spectacular photos. 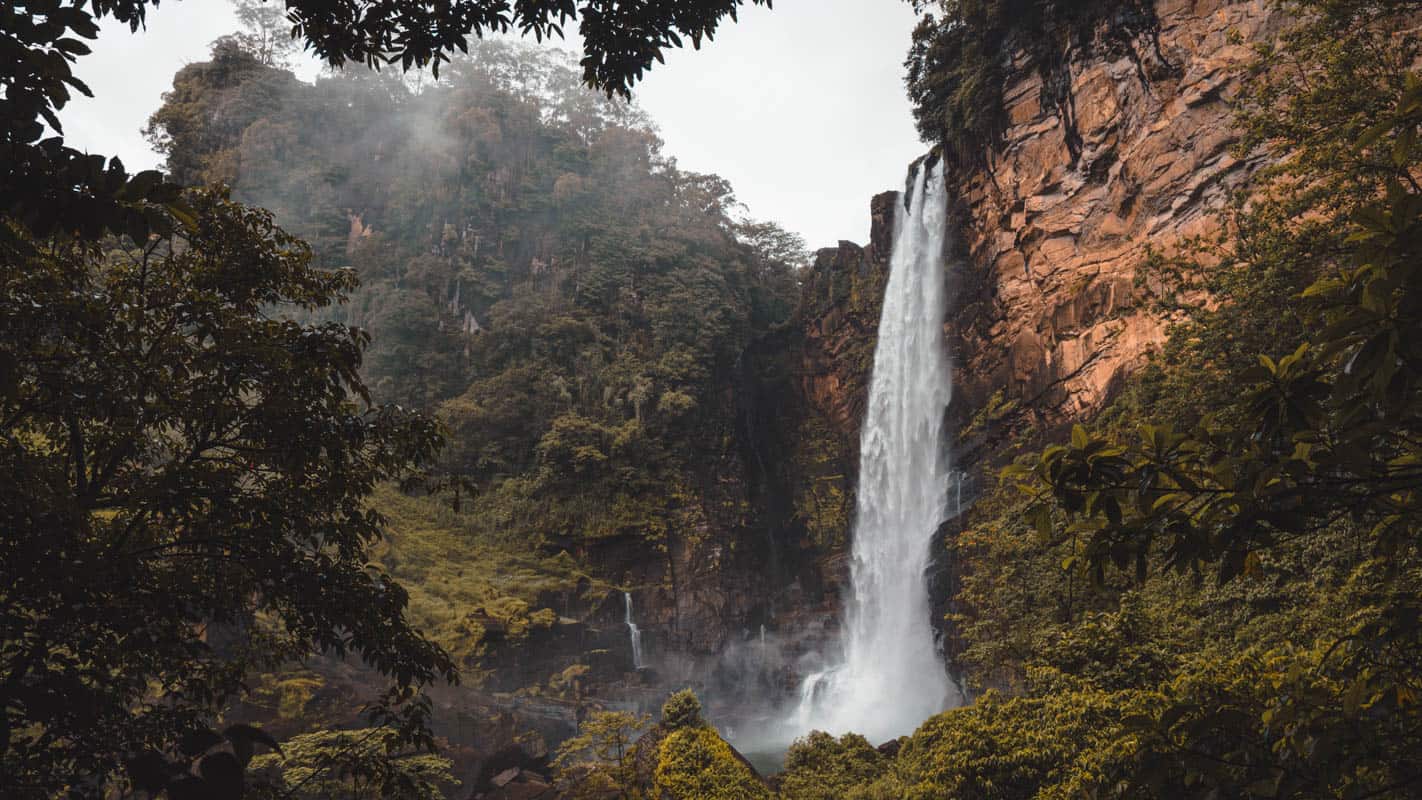 What to expect at Laxapana Falls Sri Lanka

The downward climb to the bottom of Laxapana Falls consists of more than 500 steps through dense flora and along local houses. If you reach the bottom you will be amazed by the picturesque waterfall which tumbles down. The impressive and enormous height of 126 meters makes it the eighth highest waterfall in Sri Lanka. Laxapana Falls is formed by Maskeliya Oya, a major tributary of the Kelani river. The Laxapana Falls are partly an energy source for the nearby Hydroelectric Power Plant station.

At the bottom of the Laxapana Falls you can take a dip into the pool while enjoying the spectacular view on the mountains. But be careful! The currents can be strong, so if you want to swim here, always use your common sense!

Watch the short video we made about Laxapana waterfall below!

If you want to learn more about different focal lengths, then read this blog post. 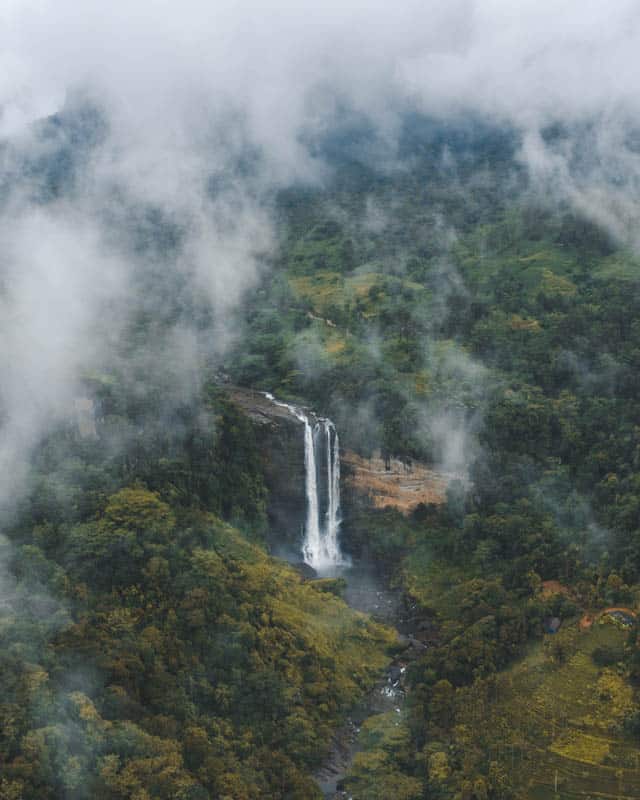 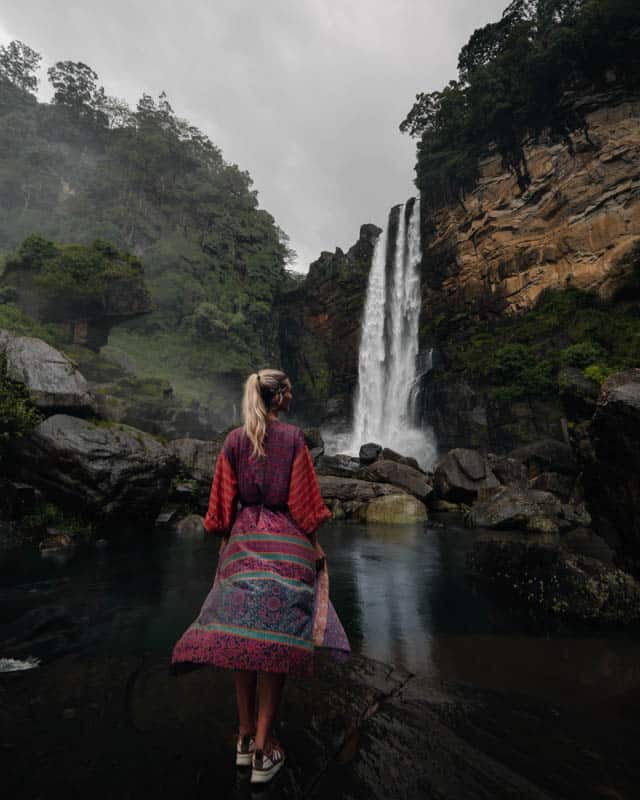 The first image is obviously, shot with a drone and the second picture with a wide lens, the 8-18mm. 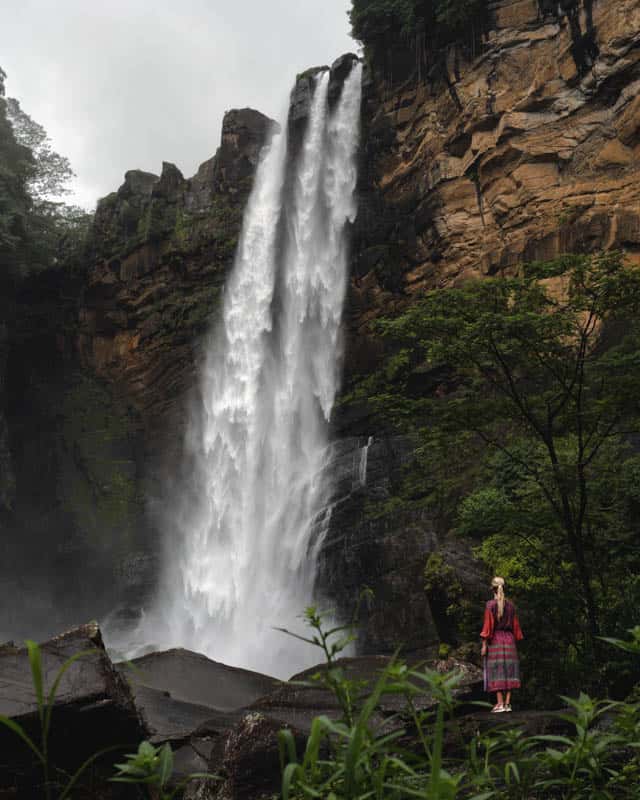 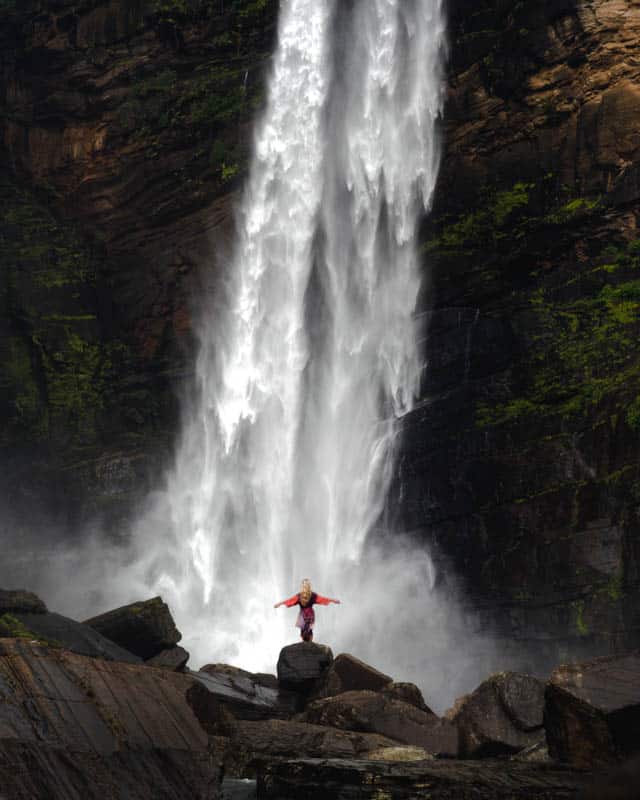 The first image is shot with a 25mm lens and the second picture with a 42.5mm lens on our Panasonic G9 camera.

The climate in Nuwara Eliya is generally cool with a higher chance of rainfall than the rest of Sri Lanka. This is also the reason why there are so many waterfalls in this area and why it is so intense green with all the beautiful tea fields.

The wettest months in Nuwara Eliya are October until December. The peak season with most dry is from March until May.